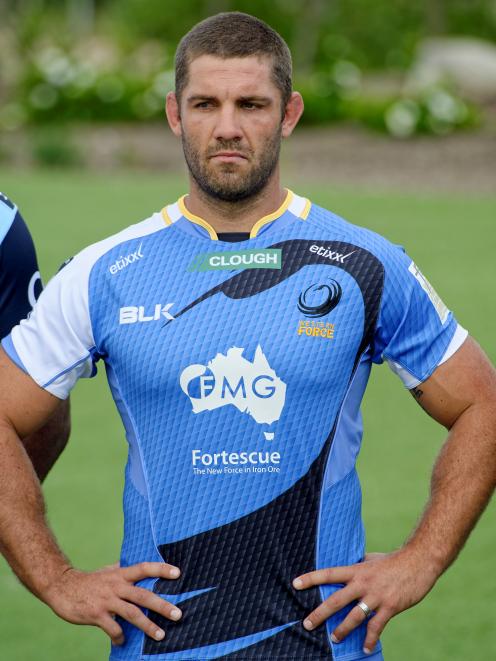 Matt Hodgson
The Western Force was on life support in 2017, but club legend Matt Hodgson reckons the heartbeat of WA rugby now beats strongly before the unveiling of Global Rapid Rugby.

Andrew Forrest’s new rugby competition will kick off today, when the Force takes on the Malaysia Valke at HBF Park.

The competition has been three years in the making, ever since the Force was cut from Super Rugby in 2017.

Forrest vowed to keep the Force alive, and he kept to his word.

His first bid was to get the Force reinstated in Super Rugby.

But when that failed, he decided to create a new rugby competition, featuring a host of teams from the Asia-Pacific region.

The Force will battle it out with the China Lions, the Malaysia Valke, Fijian Latui, Manuma Samoa and the Hong Kong-based South China Tigers for $1 million in prize money in the inaugural edition of GRR.

Ten home-and-away rounds will be followed by a one-off grand final.

Hodgson was the heart and soul of the Force when it was axed from Super ranks.

He has been busy over the past three years as GRR’s head of rugby.

He said it was a proud moment to see the competition launched.

"A few years ago we were just keeping the heart beat of rugby alive in Perth," Hodgson said.

"So to actually have a full-blown competition a few years later taking on players through Asia and the [Pacific] Islands is quite exciting.

"We’ve got to create a tournament and a competition that we can showcase on the world stage."