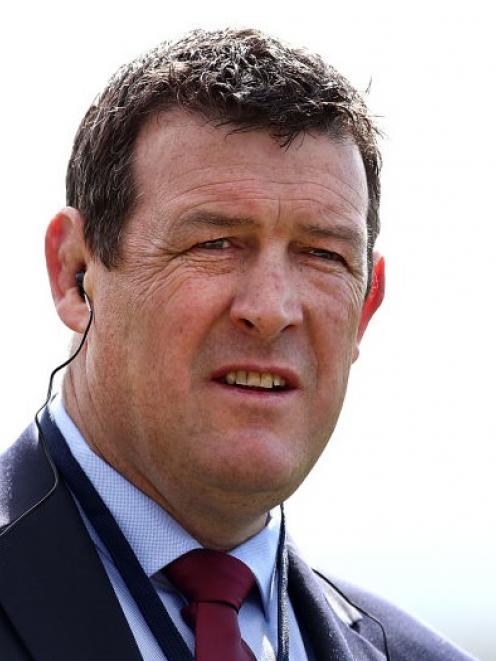 That is the message from the Southland camp before today's match against Hawke's Bay in Napier.

Stags coach Dave Hewett wants his side to communicate better.

The Invercargill-based team had a forgettable afternoon in Christchurch on Saturday. Canterbury walloped Southland 80-0.

"It was sort of a perfect storm, really," Hewett said.

"Canterbury had been given a whole heap of grief because they hadn't won and they were about ready to hit their straps.

"You could see that in their previous games.

"We were the unlucky ones to get them at that time. And some of our boys were a little bit in awe of who they were playing against as well, when you roll out Ryan Crotty and the like.

"We were disappointed with our performance but that fact is it was always going to be a tough ask."

What emerged from the match was a pressing need to communicate better. With that in mind, Hewett initially did some shuffling around to make sure all his game drivers were on the field.

Marty McKenzie has returned from a head knock and was named at fullback, while Scott Eade held on to the No10 jersey. But a late injury to Eade means McKenzie will slot back into the familiar role at first five-eighth.

They are both good talkers and Hewett had hoped that would help make a difference as his side chases its first win in the Mitre 10 Cup in almost three years.

But with Eade out, Josh Moorby remains at fullback. However, elusive runner Isaac Te Tamaki shifts from wing to centre.

Moorby, McKenzie and Te Tamaki have been among Southland's best this season and will bring strike-power to the line-up.

The commute from Invercargill to Napier is lengthy and it is a short turnaround for Southland this week, so that is another challenge for the Stags.

A training day has been basically cut from the usual routine and that limits Southland's ability to address any issues.

"We've basically had one and a-half training sessions this week.

"It is not easy but it is what it is and we have to make sure we do everything we can in the short space of time to get ourselves right so we can perform out there."

Hawke's Bay has been in good form and leads the Championships standings with three wins and a draw from four games.

"They've been in some really good games against premiership sides, so we are under no illusions. They are a good side and particularly at home."