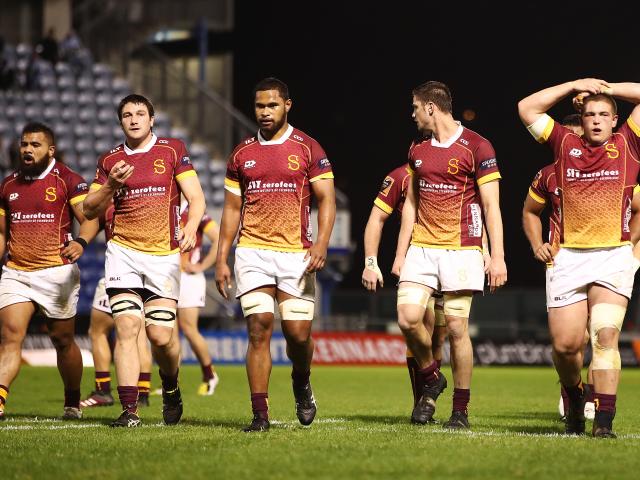 Southland are yet to win this season. Photo: Getty Images
Shall we talk about that column? You know, the one with the zeros in it.

Neither Southland nor Canterbury have been able to post a win this season.

The Stags played some good rugby in the 33-12 loss to North Harbour in Invercargill on Sunday.

While the scoresheet suggests a comfortable win, Southland squandered a couple of scoring opportunities.

"I'm of the opinion they didn't win the game - we lost it," coach Dave Hewett said.

"Scott Eade has taken a fair bit of heat for the intercept that was thrown on the line. That was essentially a 14-point try, really.

"We had opportunities but we didn't take them. That put pressure on us and then Harbour must have got a bit of a wind up at halftime and came out and didn't play too badly.

"We just have to eradicate those mistakes, which is easier said than done."

Canterbury has been one of the benchmark sides in the competition and was beaten by Auckland in the final last year. It has lost to Waikato, Tasman and Wellington this season.

Most pundits will be expecting Canterbury to bounce back with a comprehensive win today.

But Hewett believes they are beatable.

"They are a good side and they certainly have some quality players. They'll be hurting by the fact they haven't had a win yet and will be looking at us as their first scalp.

"But we are certainly looking to them as an opportunity to mark on the ledger as well. But we will have to focus on doing our job properly because if we make mistakes we will get punished."

Canterbury has named a strong side, with the World Cup-bound Ryan Crotty named in the midfield and Luke Whitelock and Luke Romano in the pack. 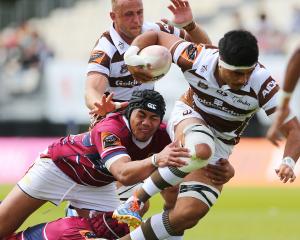