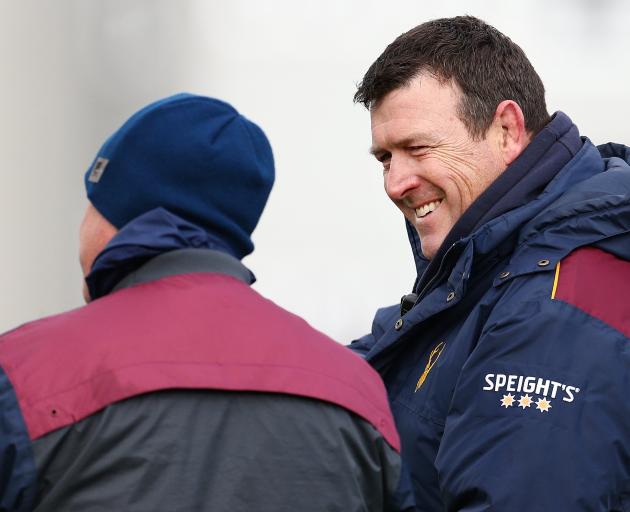 He has named a 29-strong squad for the Mitre 10 Cup campaign.

There are six potential new caps and 17 players from last year’s squad are missing, either through injury, form or having moved on.

"The core of our group is still there," MacLeod said when asked about the changes.

"There is turnover, but to me it is not alarming.

"We’ve retained some good players and a couple are not with us through injury.

"But we believe we’ve got a good group backing up from last year and we’ve got a lot of boys who are in their second and third year, so that is really positive for us."

Classy flanker Phil Halder is one of the missing players. He moved to Ireland with his partner but returned recently.

He has not been playing rugby and "would probably need six months of conditioning to get back to his rugby size and weight".

There is no Marty McKenzie either. After a lengthy professional career, the first five-eighth is taking a break from the professional game.

McKenzie is back on the family farm. He suited up for Woodlands this year but is content with that.

The Mitchell brothers are the other notable absentees. Brayden is taking a year off to recover from neck surgery, while Morgan has signed with a club in Japan.

The midfield looks a bit thin outside Ray Nu’u and Issac Te Tamaki.

MacLeod said the Stags were still working on attracting another player south for the season who could help fill the void.

Brad Armstrong and Jaye Thompson have been named in the wider training group and will provide midfield cover.

Former Waikato back-up halfback Raniera Takarangi is another of the six potential new caps for Southland.

He will be competing for a starting spot alongside Logan Crowley and Liam Howley.

"Any one of those three could be the starting halfback. I’m really happy with where we are at with our No9s."

Preston has played professionally in Italy and had one game for the Blues in 2018.

Ben Fotheringham, Ben Paulin, Jay Renton and Javaan Faamoe-Ioane were all unavailable due to injury.