Nothing new about losing staff to ABs 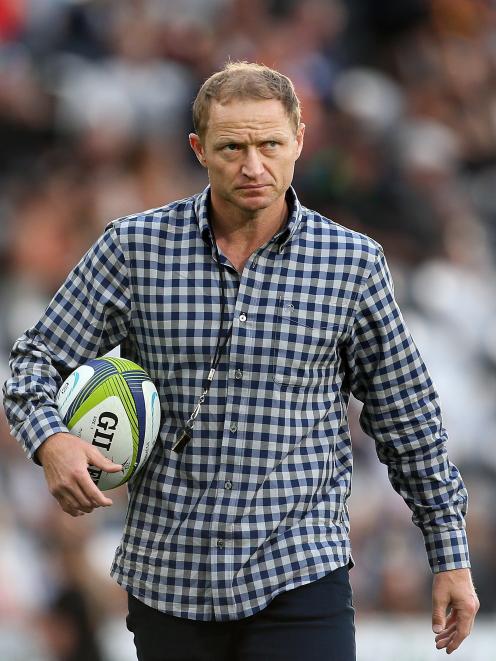 Tony Brown. PHOTO: GETTY IMAGES
The All Blacks need the best to succeed although it may be coming at the cost of the Highlanders.

But it is hardly new territory for the southern franchise which has been affected by events up the coaching chain virtually since its first season.

A media report on Wednesday said Highlanders incoming assistant coach Tony Brown was wanted for the All Blacks next year.

Both Ian Foster and Scott Robertson, who appear to be the leading candidates for the All Black coaching gig when Steve Hansen steps down, are after Brown to be part of the new coaching group.

His return - he was involved in the team in 2014-17 - will be warmly welcomed by the Highlanders as his innovative ways and ability to get the best out of players are real assets to the side.

Signing Brown was also a way to entice players to come south.

But that may all come to very little should Brown move into helping coach the national side.

If the All Blacks come calling - and there is plenty of water to flow under the bridge yet - Brown could heed the call and no longer be involved with the Highlanders.

A couple of years later, Tony Gilbert became involved and, after a successful couple of seasons in which the franchise made the semifinals and the final, he too left the side to be the assistant coach to Wayne Smith in the All Blacks in 2000.

Fast-forward to 2015 and the Highlanders won their one and only title.

Head coach Jamie Joseph was said to be in line to head upstairs to the All Black coaching job.

But the expected reshuffle did not happen within the All Blacks and Joseph never heard from them.

He instead took his wares to Japan and became the national coach of the Cherry Blossoms and persuaded Brown to go with him.

With Joseph and Brown gone it appeared as though the only assistant coach left, Scott McLeod, would become
the head coach of the Highlanders.

But Wayne Smith departed the All Blacks, and McLeod received the call-up and is now the national side's defence coach.

Whether Brown goes to a national level will depend on who gets the top job and what Brown's role is.

But having a coaching team assembled is a key part of winning the national job.

And forget about the Highlanders forcing Brown to stick to his contract.

New Zealand Rugby writes the contracts and simply no-one snubs the All Blacks.