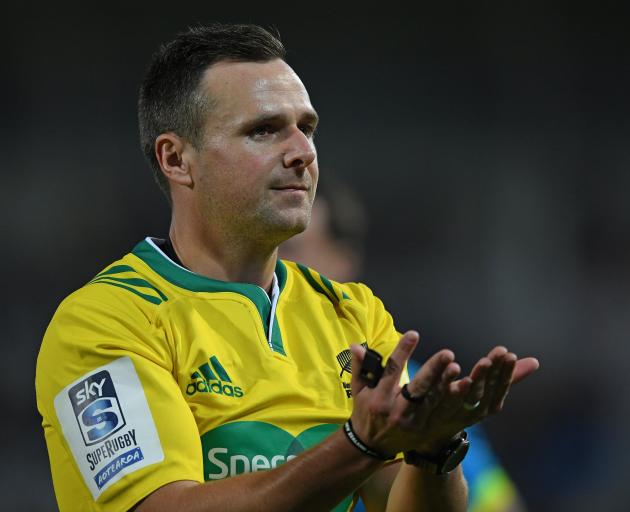 The Otago referee has been named to carry the whistle in his first test match. He will referee Australia’s match against France in Melbourne on July 13.

It will follow assistant-refereeing the match between the sides in Sydney on July 7, as well as Samoa’s game against Tonga in Auckland on July 10.

He becomes the first Otago-based referee to officiate a test match since Lindsay McLachlan in the early 1990s.

Doleman, who will also referee sevens at the Tokyo Olympics, was excited by the news.

"It’s definitely something I’ve been working towards for a while," the 30-year-old said.

"I was pretty pleased when I got the phone call to tell me.

Doleman rose through the refereeing ranks while in Dunedin, beginning during his time as a physical education student.

He became the region’s No1 referee and although he moved to Auckland for two years, he returned to the South when he become Otago Rugby’s referee education officer.

Now a full-time professional referee, Doleman refereed his first Super Rugby match last year and has also been a regular on the World Sevens Series circuit.

While a test match would be something new, he said preparation had been key to successfully taking each step thus far.

"I definitely put in a lot of prep before I did my first Super game by asking my peers who have done it before what it’s like.

"Before a test I’ll do the same — I’ll put in the preparation to make sure I’m aware of the environment.

"It’s a pretty important step to do that prep so nothing catches you off-guard.

"Eighty minutes is largely the smallest part of the job. A lot of it is to do with the prep you put in leading into it."

Doleman said while he would not be trying out his French, the inter-cultural dynamic was one to manage.

He had encountered that on the sevens circuit.

As well as rugby being played differently around the world, body language could differ between players from different countries and understanding how they communicate would be key.

He added the passion involved in a test match would be a step up and he was looking forward to the pressure and excitement that would bring.

Television match official Chris Hart, of Dunedin, has been rewarded for his work and moves up to the international ranks. He will be the TMO when Samoa plays Tonga in Hamilton on July 17.