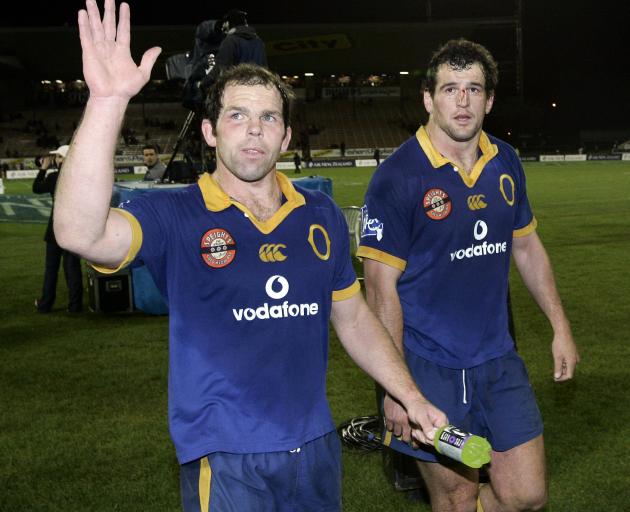 That was a different time.

It may be only 15 years ago, but it is light years in how much the game and what is around it has changed.

It then went on to beat Canterbury again, in a national provincial championship semifinal 37-22, before going on to lose to Auckland in the final.

The 24-19 victory was played at Carisbrook, the game kicking off in the middle of the afternoon.

The crowd was scattered around the ground and people sat in all different sections.

It is hard to see that many going along in Christchurch tonight.

All Blacks Anton Oliver — who was coming back from injury — and Carl Hayman were in the front row for Otago in 2005, along with the experienced Chris King at Carisbrook.

James Ryan locked the scrum with Tom Donnelly, and Nick Evans ran the cutter for the Otago side.

Otago, which was coached by Wayne Graham, had four current All Blacks in the team and also Donnelly and Craig Newby, who would go on to wear the black jersey.

Canterbury had 14 past or present All Blacks on the field that day.

Reuben Thorne and Richie McCaw were part of the Canterbury loose forward trio, while front rowers Wyatt Crocket and Corey Flynn came off the bench.

Contrast that with tonight’s match in Christchurch.

Otago will have three former All Blacks in its side — Liam Coltman, Jamie Mackintosh and Josh Ioane.

Canterbury will have a couple of former All Blacks in its team. Veteran lock Luke Romano and halfback Mitch Drummond will run out for the red-and-blacks, while Brett Cameron, who got 20 minutes for the All Blacks against Japan in 2018, is in the Canterbury reserves.

Some of the players who appear tonight may well go on to play for the All Blacks.

That is the biggest change in the game since the last Otago regular season win over Canterbury.

The All Blacks are seen way less in their provincial jerseys. The Rugby Championship has got longer and squad sizes have got considerably larger.

Players are put in cotton wool by All Black management for lengthy periods.

The game has undoubtedly become more about power, size and strength.

That has led to more injuries and knocks and more unavailabilities.

But in 2020, when it is all about seeing the stars and the celebrities, not having the stars — the All Blacks — in action hurts a lot.