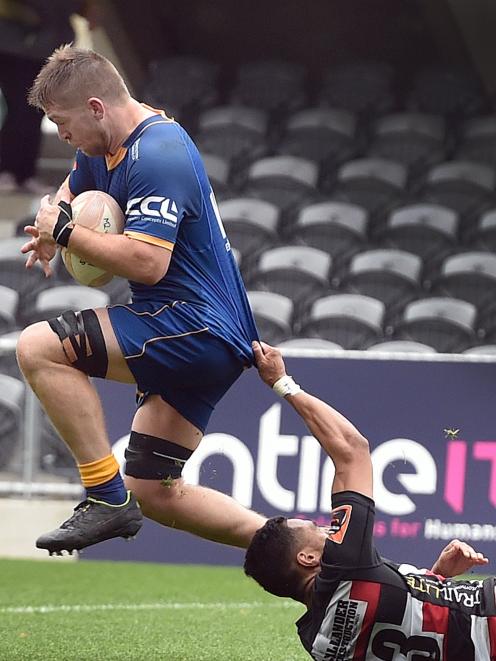 Otago blindside flanker Charles Elton heads towards the tryline as Counties-Manukau centre Sione Molia tries to stop him. PHOTOS: PETER MCINTOSH
It was the Josh show for Otago yesterday as its structure held to secure its first home win of the season.

Otago beat Counties-Manukau 40-22 at Forsyth Barr Stadium after it led 21-8 at the break and with the win went to the top of the table, tied with Hawke’s Bay.

Josh Timu and Josh Dickson scored a couple of tries each while Josh Ioane bagged over five conversions as Otago won in a match where it went to sleep for periods.

The visiting side came back from being 21-3 down a minute before halftime to be ahead 22-21, quarter of an hour into the second half.

But Otago went back to its set piece and hung to the ball to pull ahead again and eventually win by a comfortable margin.

Otago coach Tom Donnelly praised his side’s resilience to get out of a hole in the second half and not go away from the game plan.

"Like all our games here we start really well, and luckily today we were able to score some points. 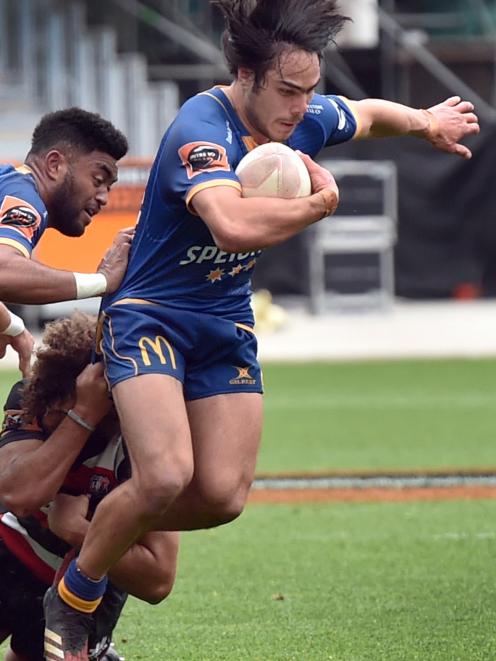 Otago centre Josh Timu tries to get away from Counties-Manukau midfield back Orbyn Leger. Vilimoni Koroi is in support at Forsyth Barr Stadium yesterday.
"But then our game went off the boil a little bit and we let them play their game, which when you let them do that, they are an unbelievable side," Donnelly said.

"But I’m really pleased we were able to turn that around and got back to our game and able to finish it off.

"We just had to stick to our plan, play a bit of structure.

"We knew if we could get our set piece working we could play off the back of that and be really clinical at the breakdown."

He was never worried the side would lose as it was just about backing the game plan.

He praised the scrambling and character on defence.

"We talked about it all week, if we played well there would be opportunities there.

"Everyone was talking out there and staying composed and points would come."

Otago will look to back up its first home win of the season on Friday when it takes on Northland at the stadium.

Donnelly said the short turnaround would be tough but he would see how the players washed up this morning.

Four games to go and the side was in a good position but Donnelly said there was still plenty of rugby left to play.

Josh Timu and Liam Coltman were impressive for Otago as was winger Jona Nareki. 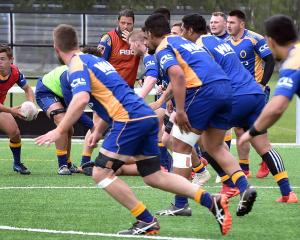 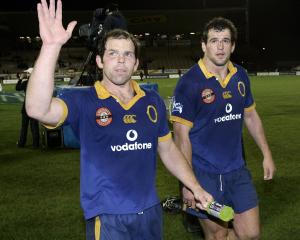 Fischli gets chance to make impact against Canterbury