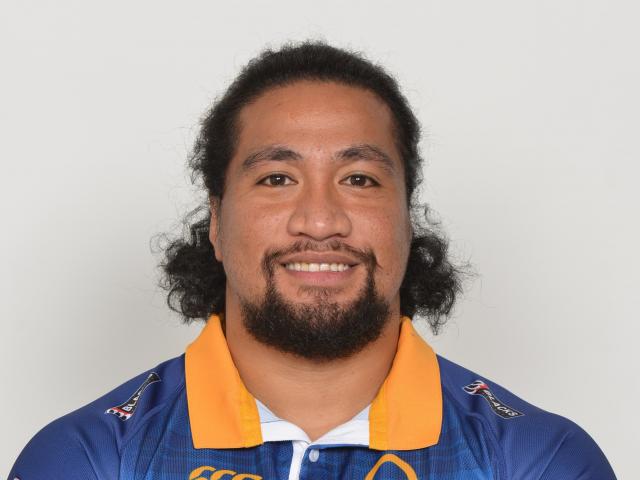 Hisa Sasagi
Another Otago player is heading to the bright lights of Singapore but only for a brief stint.

Prop Hisa Sasagi is off to play for the Asia Pacific Dragons next week in the Global Rapid Rugby competition.

The Dragons play their first game on April 12 against the Western Force in Perth and Sasagi is expected to be playing for the team.

Sasagi, who has played 45 games for Otago, but has never played Super Rugby, enjoyed a three-month stint at top English club Saracens at the end of last year as injury cover but has returned to Dunedin.

The 31-year-old turned out for his Southern club last weekend in a win over Zingari-Richmond.

He is expected to return to Dunedin next month.

The team was part of a Global Rapid Rugby league which was supposed to play for the first six months of the year. But it has been scaled back and the Dragons will play just the four games and be finished by early May.

The side is scheduled to take on the Western Force in Perth on April 12, before a match in Hong Kong against the South China Tigers.

It then returns home to play the Tigers on April 28 and finishes its season with a match against the Western Force, on May 5.

Other players such as halfback Kurt Hammer, wanting to play for Otago, are expected back in Dunedin next month.

The competition has caused angst among clubs who are worried about losing players and too many Otago players not playing club rugby and then lining up for Otago.

The union's annual meeting decided last week to get the board to set guidelines and principles around player numbers.