Short stint with Otago for Latta before move to Japan 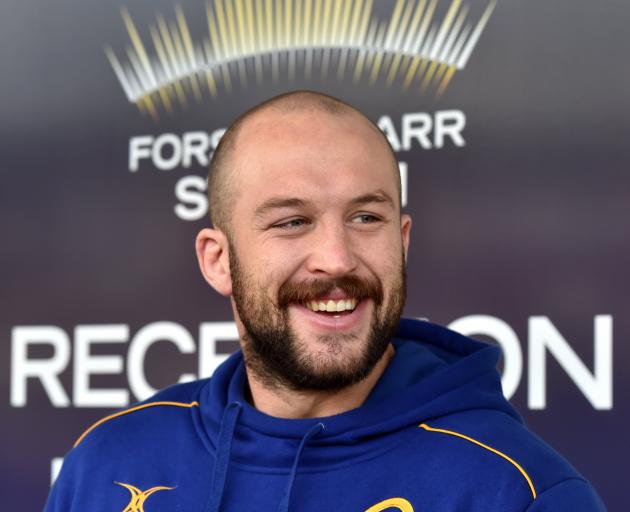 Latta is a modern player - he loves wearing the colours of his home union.

But it will be a short stint. The lock has signed with Japanese club Suntory for two seasons and will leave for Japan in November.

Latta (27) has just come back from four years in England, where he played for Gloucester and Bristol.

"They were both good clubs, both in the West Country. The culture was a bit different team-wise, especially coming off the back of that 2015 Highlanders season, which was probably the best team culture you could be in," Latta said.

"They're sort of different in the way they try to get the best things out of you. A big learning curve really.

"The game has developed over there the last 10 years though. They are trying to do more what the Kiwis do as they have had the success."

Latta said it was a more physical game in England and injuries had got in the way during his time.

He tore his hamstring in his first year but got more time on the pitch in his second season.

He played six games in the first year with Bristol, hampered by ankle surgery and a shoulder injury. Last season he injured his eye after a head clash and was out for eight months.

"I broke some bones inside my eye socket. I had three surgeries on my eye. It was at the point where they thought I might not be able to play again.

"It was a bit uncertain how my surgeries were going to go. I had double vision there for a while. I had pushed my eye back into my head so broke the bones inside my face rather than the cheek bone.

"It was a pretty interesting one, fairly complex. I have now got a 3-D printed titanium plate in there that holds it in place."

Latta said with the nature of the injury and his future unclear in England he decided to head back to NZ.

Having a season with Otago and then pushing for Super Rugby was a real option.

But through former Wallabies flanker George Smith, who played at Bristol, Latta has managed to secure a two-season deal with top Japanese club Suntory. Latta will join former Highlanders lock Joe Wheeler at the club.

"My Japanese deal is definitely a good one for my future. My partner is from England and she has made the move over here and before we even get here we have to get ready to go to Japan. So it is a big move for her."

Before that Latta has the Otago season and the most immediate assignment is North Otago this afternoon in Oamaru.

Latta said the side was looking to take a step up after the side's first-up game against Thames Valley when it struggled.