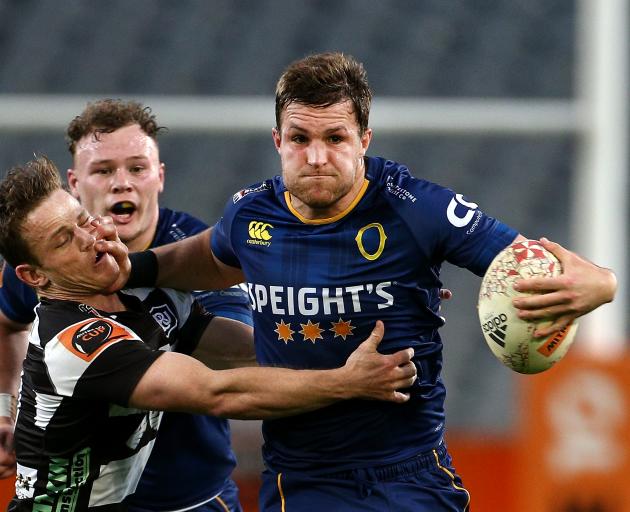 Otago players look certain to be available for the club finals despite the squeeze on to get the Otago team ready for its first game of the season.

Otago is scheduled to start its Mitre 10 Cup campaign with a match against Bay of Plenty in Tauranga in August 11.

It will have a warm-up game against Tasman on August 2 and then have two Ranfurly Shield defences. One is against Thames Valley, in Wanaka, on July 13.

The other match is yet to be confirmed but it is likely to be against North Otago, on July 26. Where it will be played will be finalised in the next couple of weeks.

The club semifinals are to be played on July 20 and the finals on July 27.

Otago coach Ben Herring said at the union's annual meeting earlier this week he would allow Otago players to play in the club semifinals or finals unless there were some serious injuries among the squad.

Last season, teams were without their Otago players at the business end of the season.

Herring said he wanted the players to experience the high intensity of playing in finals and hoped it would benefit the players.

He said the down side of letting the players play in the club playoffs was they would not be available for the final round of the club competition on July 13, when the Otago side takes on Thames Valley in Wanaka.

There were suggestions the early shield challenges could be played midweek but that would increase cost and they would have to be played at night.

The availability of Super Rugby players for the Otago squad will also have an impact on who will front up in the early shield challenges.

Otago played Canterbury and the All Blacks in a game of three halves last year in Christchurch and Herring said although it was good, there was probably a bit too much watching and not playing.