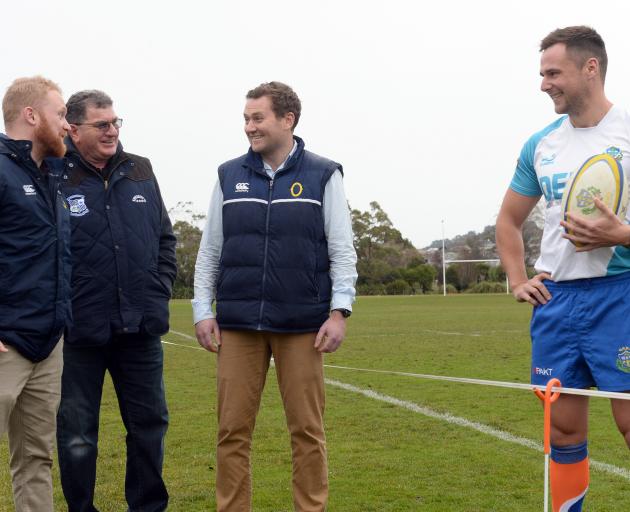 Half a dozen Otago contracted players will be watching junior rugby from behind the rope on Saturday.

The plan is for them to have a chat to parents and supporters and encourage people to express their passion in a positive way, ORFU referee education officer James Doleman said.

"If we leave it [sideline behaviour] alone it can get worse and worse, so really what this is about is just a reminder that we do need to be conscious rugby is a game we all enjoy and without referees we can’t actually enjoy it," he said.

Doleman said sideline behaviour has "not got better but we haven’t had any major instances this year".

"We are just conscious that we need to push awareness."

Doleman said the timing of the campaign  coincided with the business end of the season when people’s passions  could run high.

"We’re heading into the finals and everyone gets the pressure on and sometimes we let ourselves down. Before anything happens, we just want to make sure we get our message out there."

Doleman said the idea was not to have people stand silently on the sideline too afraid to say anything.

"If the referee makes a mistake then ‘Awww, come on ref’ is fine. We are not wanting to remove all emotion out of it. What we are talking about is the difference between banter and abuse.

"The sideline behaviour of getting personal and swearing and intimidating — that’s the issue."