Watch out Hawke's Bay - Otago players coming for you 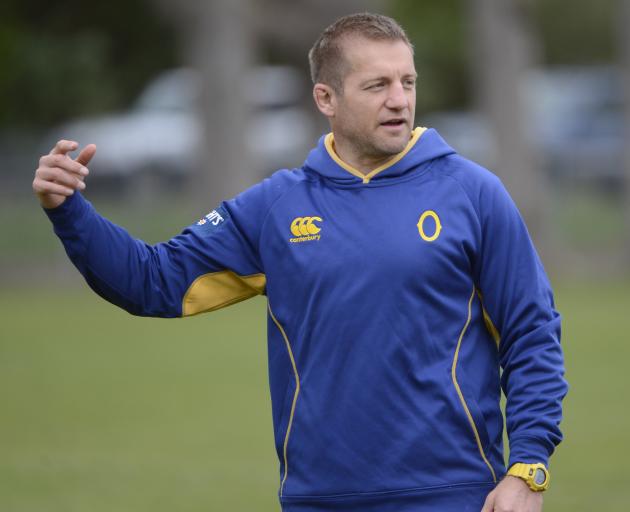 The blue and golds go into the Mitre 10 Cup championships semifinals as underdogs but Herring has the utmost confidence in his team to do the business in Napier tomorrow.

"The guys are fizzing for it and they have been really on the edge all week for the game. We are coming for those guys," Herring said.

"They have been playing the same style the whole season, used the same players, who are getting tired, and we are more than ready for them."

Otago has brought back fullback and captain Michael Collins, and key forwards Slade McDowall and Josh Dickson who all missed last week.

Herring said the returning players would create plenty of energy in the team.

Midfield back Sio Tomkinson is still bothered by a hamstring injury and will not make the trip. Josh Ioane starts at second five-eighth outside Vilimoni Koroi.

Herring said it would be exciting to have dual playmakers on either side of the field. The two enjoyed playing with each other and he was looking forward to getting the duo to create chances for their outsides.

The duo played there in the loss to Northland last week but did not get much of a chance.

Lock Louis Conradie is unavailable due to an injured knee and is replaced by Sione Misiloi.

Herring said if Misiloi got his physicality right then he could be destructive for the side.

Steven Misa will start at hooker while prop Aki Seiuli is at loosehead prop.

Hawke's Bay has impressed this season but it has lost two of its past three games.

It has based much of its game around its driving lineout work and Herring is looking forward to mastering it by coming up with options to negate the drive.

The side will be captained by Ash Dixon, who has been with the Highlanders for five seasons. It is unclear whether he will return next season.

Hawke's Bay has named six forwards on its bench as it looks to use its traditional strength.