Seven players will make their first-class debuts for North Otago in the Heartland Championship opener in Oamaru today.

Bryce Hosie starts at fullback, Sala Halaleva begins on the right wing and Sam Sirell will add an American flavour at second five-eighth.

In the pack, John Kelly starts at No 8, former St Kevin's College star Filipo Veamatahau is on the blindside flank, Maene Mapusaga is at lock and University A's Sam Sturgess will make his debut at hooker.

On the bench, Unga Kefu, Meli Kolinisau, Inoe Naufahu, Oscar Pamment and Seti Talalelei are all newcomers to this level.

West Coast has everything to play for this season as it celebrates its 125th jubilee, and co-coach Sean Cuttance hopes this will provide the motivation for an improved performance this season.

''We haven't had a bad build-up - just the usual few injuries - although we have had some sickness through the team recently,'' Cuttance said.

''So we're not perfect at the moment but you just box on.''

West Coast was just beaten, 24-19, by Marlborough in a pre-season game, and Cuttance is optimistic the team will continue to improve.

''Hopefully the work we've done over the past couple of year with these young chaps will come to fruition this season.

''We hope to have fun and play some enjoyable rugby and if we get that right, hopefully the results will come.'' 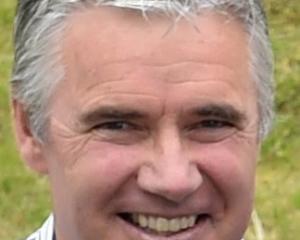