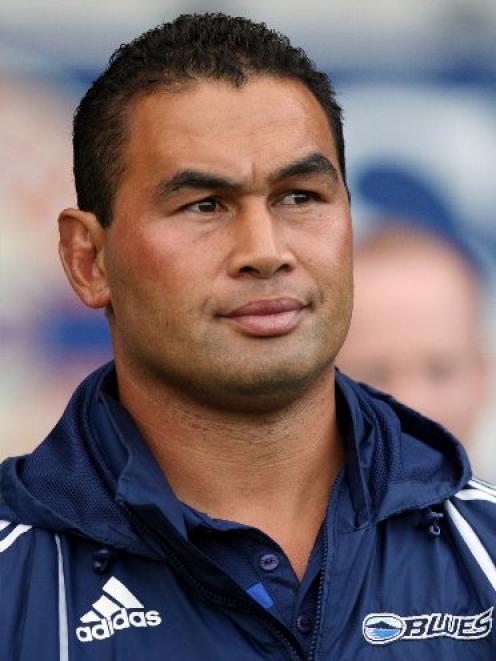 Pat Lam
The buck stops with the board, and they are backing Lam.

With just one win from five games this season, the Blues have made their worst start in Super rugby history.

In 2004, Peter Sloane's group came close when they began with a win, a draw and three losses before being narrowly pipped for the playoffs.

Blues' supporters will point to that shift, the side's potential and the long season yet to run as reasons for hope this season.

Opponents will downcry the lack of pattern, erratic selections and wobbly rugby from Pat Lam's squad and suggest the playoffs are a mirage.

A Super rugby coaching scorecard of 24 wins, 24 defeats and one draw since his 2004 start offers a modest return in Lam's tenure.

The trend surged upward last year, but has been balanced by a torrid beginning this season.

The malaise is a complex mesh of strategy and direction from the Blues board, chief executive Andy Dalton, coach Lam and his cohorts.

Sloane survived to lead his squad into another season but there will be doubts whether the Blues should retain Lam for next year.

"Pat and his people are keen to extend, they agreed they want to do it until the end of 2013 and we need to tidy up a few areas in our discussions,'' the NZRU's Neil Sorensen said.

After the Blues' improvement last year to finish fourth in pool play, the board chose, after reviews and consultation with the NZRU, to offer Lam a further two-year deal.

"We didn't feel that way. Gary and Grant in particular, thought that Pat was continuing to grow and develop as a coach and a leader of men and the right thing was to secure him for a longer period.

"A number of external things outside his control have contrived to make his job a whole lot harder this year, but it is important that we continue to make him feel he is valued and is the right guy to do the job.''

Former All Black skipper Whetton said Lam had the full support of the board.

"That is where it starts and ends,'' he said.

"Are we happy with where we are? No, we are not. Who would be? I'm sure the players aren't, the coaches, the public and us on the board.''

The solution was for the Blues to work their way out of the mini-crisis, Whetton said. The extended competition schedule meant they had time, he added, although it would be very tight.

Who could safely predict how the New Zealand pool would look at the end of qualifying?

Results have been varied. Two defeats by a solitary point, two by wider margins and an away win against the Bulls (who a fortnight later thumped the defending champion Reds on the same ground by 61-8) underscore the side's erratic form.

"The pressure is on, there is no doubt and we can't hide from it. Now it is about what the players and coaches do about it,'' Whetton said.

Losing quality players such as Jerome Kaino and Isaia Toeava to season-long injury has robbed the Blues of some real firepower.

Injuries eliminated captain Keven Mealamu, lock Anthony Boric and suspension took out Rene Ranger and Luke Braid for the last game as the side travelled back from South Africa to duel against the Hurricanes.

However, there were impressive returns from Tony Woodcock and Rudi Wulf as a balance.

Every side has variations on those dramas. Look at the Highlanders, who have lost their premium five-eighths Colin Slade and Lima Sopoaga for the season, or the Reds who have shelled Quade Cooper, Mike Harris and Ben Lucas from the same duties.

At least the Blues have players for that role, it's just Lam and his selectors can't make up their minds.

"I used to be indecisive but now I um, um, um, um ...'' springs to mind. They have allowed an unfit Piri Weepu to muddle their thinking, but must accept he is only a choice at halfback.

Gareth Anscombe, who has played most of his rugby at first five-eighths, made a strong start in Africa, but then strangely was left on the bench and not even used as a sub in the last match. He is the future for the Blues, he needs to be encouraged, guided and trusted.

Lam has flirted with Lachie Munro at fullback and Brad Mika at No8. By now those ideas should be ditched.

Munro's sharp goalkicking, if needed, can be used from the wing with Wulf the only sensible choice for fullback.

Mika lacks the snap for No8 and could be reassigned to his more natural lock, leaving the hardworking Chris Lowrey in the boot of the scrum.

But there are more loose forward dramas ahead with Daniel Braid playing well although struggling with neck and shoulder problems.

Then there is the lack of impact from Ali Williams. He has played every game and has yet to show any sting, while Mealamu does not look to have recovered fully from offseason surgery.

Below the top layer of 14 All Blacks (and a number of those are struggling), the quality dips. It is a fair chunk of the squad.

Counts vary, but about half the Blues squad are eyeing exit ideas after this season. So where does this leave a franchise who have a history of being unable to attract many top players to the region?

Muir does see hope and points to the development programme.

"We are starting to see that in our under-20s and I think that will flow through into the national championship, then the Super 15,'' he said. "Liaki Moli is a case in point and I think we are about to see some payback for the scheme.

"It is true we were not quick enough to get to grips with player development.''

Until Gareth Anscombe, the Blues region had not produced a top five-eighths like the stream of choices which seemed to come out of Christchurch.

"It is harder than it sounds. It has not been for lack of trying, we have had a huge amount of activity to try and get players to come north. Often the reluctance is around personal circumstances,'' Muir said.

"Andy [Dalton] and the team have not left too many stones unturned in the last five years. It has just been bloody hard, not because of any anti-Auckland sentiment, to find any guys who want to move.'' 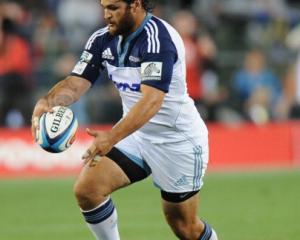 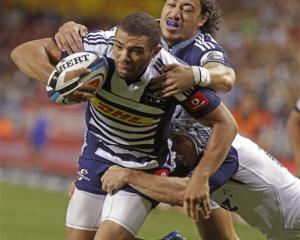 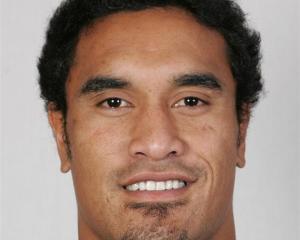 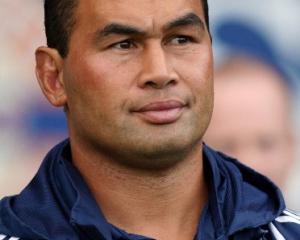 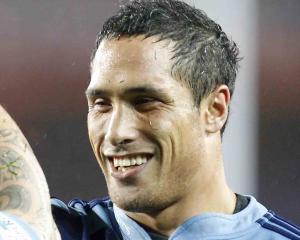