Scotland not worried by typhoon 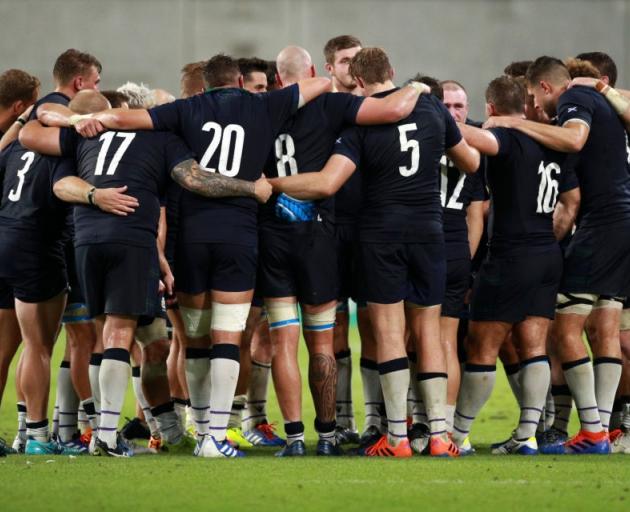 Scotland are not worried about poor conditions this weekend. Photo: Getty Images
World Rugby officials may be keeping an eye on Typhoon Hagibis as it develops south of Japan over the next few days.

But Scotland prop Gordon Reid appeared to not be bothered at all of being pelted by torrential rain at the weekend.

Officials said the typhoon was being tracked by the Japan Meteorological Agency and they projected that it could bring high winds and heavy rain to southern Japan on Saturday and Sunday, the final two days of pool play in the tournament.

Scotland are scheduled to face Japan in the final match of pool play at Yokohama on Sunday and depending on the result of their Pool A clash against Russia in Shizuoka on Wednesday, it could determine the final composition of the quarterfinals.

Reid, however, was not all concerned about the possibility of the typhoon striking at a time when they would need a bonus point victory against Japan to advance to the quarterfinals.

"We're from Scotland. Rain. Hail. It doesn't matter. We've coped with a lot more," he said.

"We're from Ayrshire and Glasgow and Edinburgh, well they're a bit posh in Edinburgh but... rain, shine, snow, whatever, it doesn't matter."

They informed France and the United States of their "contingency options" for their Pool C match in Fukuoka last Wednesday if the game was affected by Typhoon Mitag, which ultimately passed by Japan.

Organisers also issued a warning about Tropical Storm Tapah, that threatened to upset the first weekend's matches although it had little impact and all the games went ahead as planned.

Townsend said Hagibis would likely have little effect on the match against Russia, but it could have an impact on their game in Yokohama and possibly Ireland's match with Samoa in Fukuoka on Saturday.

Under World Rugby's tournament rules if any matches are abandoned due to the weather then the game is declared a draw and both teams awarded two points.

Townsend, however, said his side, who are in third in Pool A on five points behind Japan (14) and Ireland (11) would not be worried about other game's ramifications.

"We just have to win our next two games to qualify," he said.

"That would not change if the Ireland and Samoa game ended up in a draw."

Yep ... just a gentle breeze compared to the fart Mel Gibson produced when he turned his back on the English and raised his kilt ...