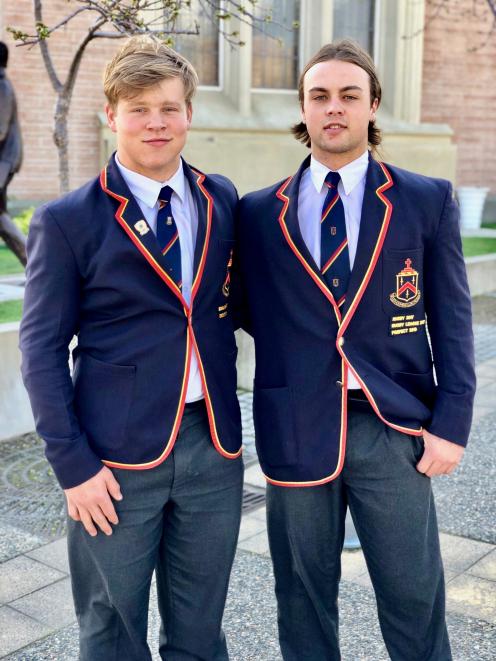 John McGlashan College First XV players George Bell (left) and Leroy Ferguson. PHOTO: SUPPLIED
Four players from three Dunedin schools have made the Barbarians schools side while two players from Otago Boys' High School First XV have been called into the Maori under-18 side.

Otago Boys' winger Michael Manson has been selected in the Barbarians along with King's High School midfield back Giovanni Leituala.

Hooker Harry Hansen and loose forward-lock Taylor Dale have been picked for the Maori side.

All players are year 13.

Otago Rugby Football Union player development manager Paul Galland said the number of players was a boost for the players and the sport in Otago.

Last year there was one player from Otago in the Barbarians side and one player in the Maori side so it had been a significant increase this year.

Galland said the players were in the picture to be picked for the Otago academy but he had given them some challenges for the forthcoming campaign with the national sides. 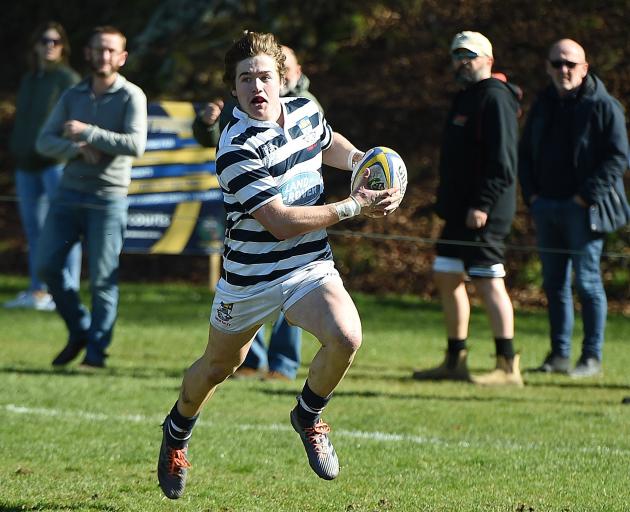 Otago Boys' High School winger Michael Manson heads down the wing to score against Nelson College at Littlebourne last month. PHOTO: GREGOR RICHARDSON
Eight players per year were picked for the academy which lasted for three years so there was a maximum of 24 players at one time in the academy.

Manson, a boarder from Cromwell, is a sprinter who has performed on the track to a national level, and will be representing the school at the national schools athletics championships at the end of the year.

Leituala came to King's from Australia in year 11 and is heavily involved in the school's Polyfest group.

Both Bell and Ferguson are boarders at John McGlashan College and had older brothers who played for the first XV.

Hansen and Dale were part of the Otago Boys' side which made it to the South Island schools final. 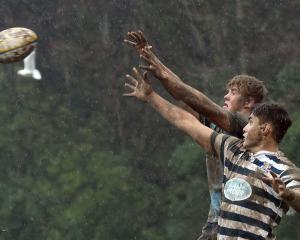