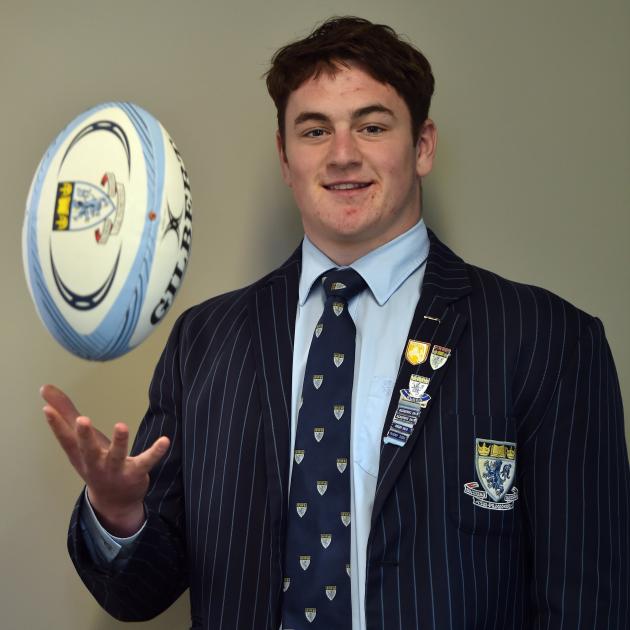 The last players from the school to make the national side were front rowers Tom Willis and Carl Hayman in 1997.

Ben Smith went to King’s High School in 2000-04 but never got near the national schools team. In those days, he was more of a halfback and a utility not many would have picked to go on to play more than 80 tests for the All Blacks.

At the same time, Otago Boys’ High School has supplied 16 players to the national schools team.

Wingham, who turns 18 next month, went to a week-long camp in Hamilton for 50 of the best players around the country. The players then took part in an internal trial.

The year 13 pupil said he enjoyed the week and getting to work with top coaches and top players. He paid tribute to his parents and also his coaches at King’s.

He intend to go to university next year to study chemistry and physics.

During the week in Hamilton, he spent part of the time away from the training field, studying for a physics test.

His front-row colleague, Steve Salelea, has made the New Zealand Barbarians squad, which is the second-string side, as has Otago Boys’ High School loose forward Ollie Haig.