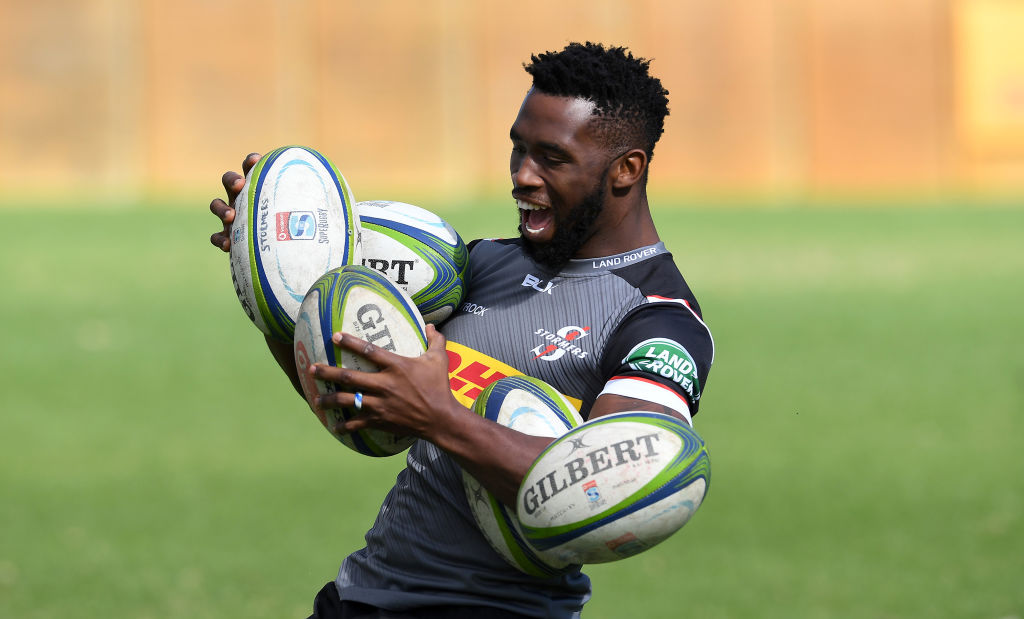 Springboks captain Siya Kolisi during a Stormers training session in Cape Town. Photo: Getty
Super Rugby as we've known it in the professional age since 1996 appears at an end.

The South African Rugby Union has confirmed it has voted to explore moving the Bulls, Stormers, Sharks, and Lions into an expanded competition in Europe.

If approved, they would take the place of the Cheetahs and Southern Kings, who have been playing in the current PRO14 competition for three seasons with little success.

In the release, SARU chief executive Jurie Roux said they wouldn't have been taking this decision but for New Zealand Rugby's push for a domestic, transtasman or Pacific competition in response to the Covid-19 pandemic.

Roux said New Zealand's decision made it impossible to deliver the 14-team Super Rugby competition that had been agreed by the partners and for which five-year broadcasting agreements had been signed.

"Our members are excited about the prospect of closer alignment with PRO Rugby Championship and seeking a northern hemisphere future, but we would not have been taking this decision but for actions elsewhere," said Roux.

Roux said that SA Rugby remained committed to the Sanzaar partnership and participation in the Rugby Championship.

"We will advise our Sanzaar partners of the General Meeting's decision," Roux said.

"We remain part of the joint venture and will pursue the 'Super Series' discussions in good faith."

It's another blow to the Sanzaar partners who couldn't agree to the schedule for the upcoming Rugby Championship in Australia. Both New Zealand and Australia backed a five-week tournament, while South Africa and Argentina preferred a six-week tournament, which means the All Blacks will face Christmas in quarantine upon arrival in New Zealand.

South Africa have provided three Super Rugby champions since the first Super 12 tournament in 1996, which involved four teams from South Africa. Their franchises grew to a maximum of six in 2016.

The New Zealand Herald reported yesterday that Super Rugby Aotearoa 2021 will be a six-team competition if New Zealand Rugby's board sign off this week on a proposal to include a Pasifika team.

Next year is being treated, contractually, as a one-off due to the on-going impact of Covid-19, which has made it impossible to plan with any certainty whether teams will be able to travel beyond their own national border.

Rugby Australia chairman Hamish McLennan told Sky's The Breakdown last night that he was backing a transtasman competition for 2021.

"I would like a transtasman competition. I think Covid is throwing up a whole lot of issues and I'm not sure where that's going to land by ultimately we've got a really powerful Anzac block that we should be leveraging and working together," McLennan said.

"I think we're better players when we play against you guys. And it will only get better over time. We've got a good crop of young guys coming through and I think the competition will improve. And we've got to work together to leverage our strength together on the global stage."

"but we would not have been taking this decision but for actions elsewhere," said Roux."

Rubbish, their intentions have been clear for a long time.

What's all the fuss about they were planning on leaving the competition anyway.