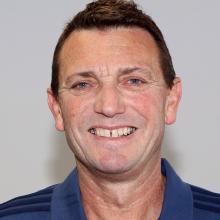 Roger Clark
Options are on the table but some may be harder to swallow than others.

A competition among New Zealand teams, starting the domestic competition early or simply waiting and hoping are possible alternatives as the reality of the suspension of Super Rugby hits home.

The Highlanders are due home tomorrow morning and all 36 players and management will head into self-isolation for the next two weeks.

The side’s game against the Jaguares in Argentina was canned early yesterday, just under five hours before it was due to kick off at noon.

The match was cancelled by Sanzaar in response to ongoing player welfare concerns related to the Covid-19 virus, a statement said.

The game was declared a draw.

Highlanders chief executive Roger Clark said players were understandably not fully focused on the game and, with plenty happening, the priority of playing the game slipped.

Sanzaar early yesterday morning put the competition on hold as the New Zealand Government imposed travel restrictions on people arriving in the country. 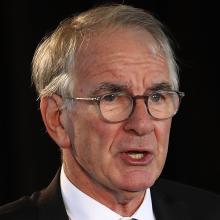 Brent Impey
The new measures mean the Highlanders will not be able to play their next two games anyway — as all the players and management who have returned from South Africa will be in self-isolation. The games have been postponed.

The Highlanders were due to host the Lions this Saturday and the Crusaders on March 28.

The side then has a bye and, halfway through that week, the players and management will come out of isolation, provided the current restrictions remain.

For the second year in a row, the Highlanders will miss out on the big pay day of hosting the Crusaders, after the Christchurch mosque attack led to the canning of last year’s derby game.

Clark said flight times meant there was no way the Highlanders could get back to New Zealand before the deadline, which was shifted to 1am today, was reached.

The Highlanders have been instructing players and management on the measures to take for self-isolation. Some members of the group may have to be isolated from their families upon their arrival.

No-one in the group had tested positive for the virus.

Sanzaar and New Zealand Rugby chairman Brent Impey said on Radio Sport yesterday no decision had been made on the future of the competition and he was not expecting any response for at least 48 hours.

There were implications for players and management but there was also impact on broadcasters, sponsors, stadium owners and people who worked at stadiums and at other businesses related to sport.

There have been some suggestions over what action Sanzaar can take.

If travel restrictions continue, it could look at having games between teams in the same country for a period and then the top teams in the conferences could play in finals in June.

The Highlanders still have seven of their eight derby matches left to play.

Another suggestion is to play the Mitre 10 Cup earlier, in the Super Rugby window, but that would be a logistical nightmare. It seems likely some sort of competition will be designed.

Questions remain over how much training the self-isolated players can do over two weeks, never mind trying to get some form into their game.

They could go for a run or cycle but not in a public place.

In games over the weekend, the Blues beat the Lions 43-10, the Crusaders downed the Sunwolves 49-14, the Reds defeated the Bulls 41-17 and the Sharks went top of the table by beating the Stormers 24-14. In the late game yesterday, the Brumbies beat the Waratahs 47-14.

Meanwhile, in Outram on Saturday, the Crusaders development team beat the Highlanders Bravehearts 38-14.