Deans to stay in city 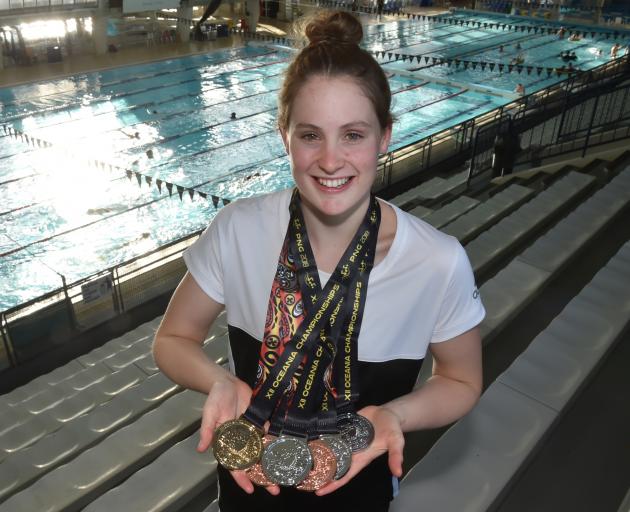 Caitlin Deans (18) at Moana Pool yesterday, holds the six medals she won at the Oceania Championships. Photo: Gregor Richardson
Caitlin Deans has returned to Dunedin with a haul of medals, and that looks set to continue.

The 18-year-old swimmer has decided to stay in the city.

She had been considering moving to the United States on a university scholarship, or to Auckland, where swimming's high performance centre is based.

However, the quality of the University of Otago and the swimming programme under new coach Lars Humer ensured Dunedin won out.

Her staying will act as a good endorsement for the new programme, particularly given her recent successes.

Last week Deans returned from Papua New Guinea, where she won six medals - a gold, three silvers and a two bronzes, predominantly in freestyle events - at the Oceania Championships.

She said it was an incredible experience. The level of competition was high and swimming in warmer weather in an outdoor pool had made things different.

Despite that, she made it work and was thrilled with her results.

Deans, who is now back training and working at Kaan's Catering until the end of the year, said she was happy with her decision to stick around.

She was aiming to eventually get into the university's School of Physiotherapy.

Alongside that, she would continue training in what she felt could become a hot spot for New Zealand swimming.

''I get that in America it can be easier to swim and study together, but I don't want to miss out on the programme down here.

''I reckon it's going to be one of the best ones in the country soon, with what Lars and Kurt [Crossland] have got going.''

Deans said the new programme included a lot of changes for the better.

Those included the sessions, which were harder, as well as many of the partnerships the sport was developing in the community.

Humer had returned to Dunedin after 19 years working in high performance swimming in the United Kingdom.

''You can see he has a lot of experience and a lot of knowledge,'' Deans said.

''All of his knowledge has definitely shown in his coaching.

''It helps you trust him quite a lot when you go to race.

''Being able to stand behind the blocks and being able to trust what you've been doing, it gives you a big confidence boost going into a race.''

The former Columba College pupil would have break of three or four days in training at the end of this week.

After that she would set her sights on the New Zealand short-course championships in October. 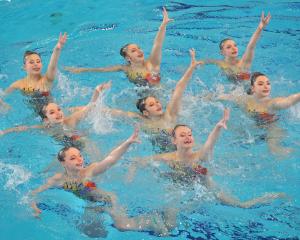 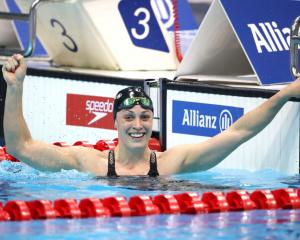 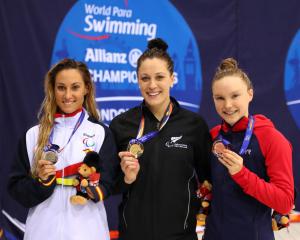