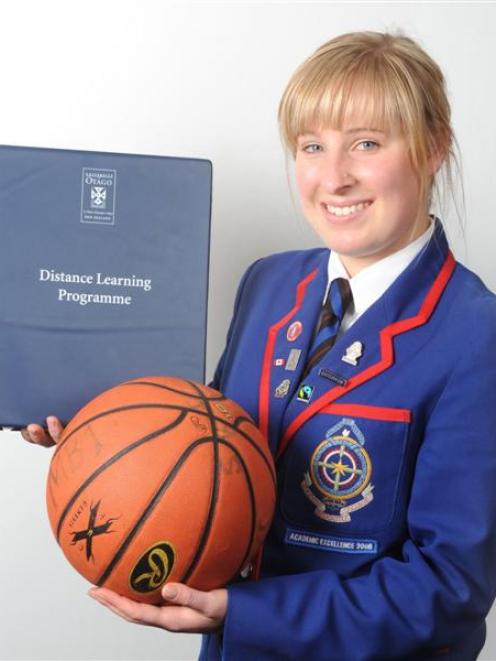 The 18-year-old St Kevins College head girl is the captain of the senior A basketball team and senior B netball team.

Basketball is her favourite of the two ball sports and she has been playing since she was 8 years old.

‘‘I love the competitiveness of it and it can get a bit rough. It's always good,'' she said.


Point guard is her position and she enjoys nothing more than hitting the court and playing the game.

However, her proudest moments occurred off the court.

Becoming head girl at both her primary school and high school were two gratifying honours.

She enjoys being able to be a role model to other pupils and represent the school at various events.

Leigh-Anne is also a very advanced pupil as she is already studying university-level papers.

Role model: ‘‘Mahe Drysdale-he showed the nation that perseverance is the key to success. In his Olympic final he gave it his all even though his body was suffering. His bronze medal is like a gold to New Zealand because he strove to be the best he could be on the day.''

Hopes for the future: She wants to study physiotherapy at the University of Otago for the‘‘sporting aspect'' and because she believes it would be an interesting career.