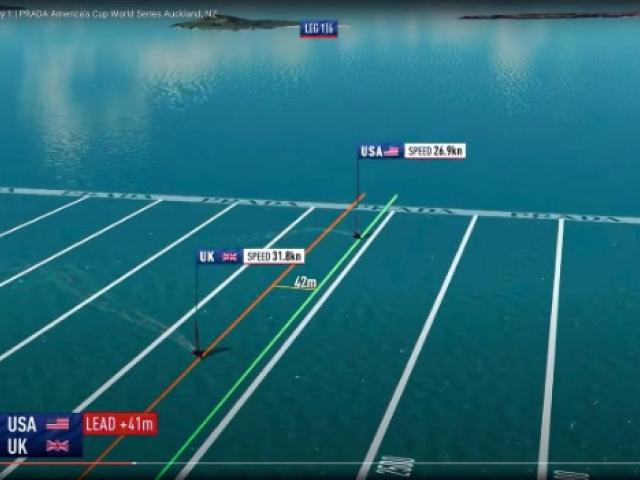 A copyright stoush over the right to graphics used in America’s Cup coverage has taken another turn today.

The lame duck of the America's Cup is no more. In its place, a formidable - and undefeated - challenge.

Ian Taylor's helped bring the America's Cup to life for TV viewers since 1992 - but he's slightly worried the secret designs and sheer speed of the boats for next year's regatta may have left his computer graphics company in the dark.

The NZ Herald has obtained exclusive images of Team New Zealand's second AC75 boat which is to be unveiled later today.

The next America's Cup regatta in 2021 will see a return to traditional arm-grinders, ending the use of cycling-style stations, Team New Zealand boss Grant Dalton says.

Dig out your flags and dust off those red socks. The Auld Mug is coming to town!

More than 100,000 Aucklanders look set to welcome home the victorious Team New Zealand on the waterfront, possibly on both sides of the harbour.

While Team New Zealand and Oracle Team USA battled it out in Bermuda, a Dunedin teenager was completing the race of her life in the same waters.

Oracle Team USA are finally on the board against Team New Zealand, taking the sixth race of their America's Cup defence off Bermuda.

There has been a lot going on at both Emirates Team NZ and with Oracle Team USA, sailing professor Mark Orams outlines what to expect during the race.

Emirates Team NZ have ramped up the pressure on defending champions Oracle Team USA with their fourth successive win in the America's Cup final to go 3-0 up.

Artemis Racing skipper Nathan Outteridge feared for his safety when he was almost run over by Team NZ on the Great Sound off Bermuda.

Team New Zealand helmsman Peter Burling had plenty of praise for his team's shore crew after they restored his boat following a dramatic crash.

Ousted Team New Zealand skipper Dean Barker has been named as the skipper and chief executive of the new Japanese America's Cup challenger.

The future of Team New Zealand is looking grim after the announcement today that there will be no America's Cup pre-regatta for Auckland.

Team New Zealand have announced today that former helmsman Dean Barker has decided not to accept a new position offered by the yachting syndicate.

A furious Dean Barker has called in the lawyers as the bitter battle over his future with Team New Zealand intensifies.