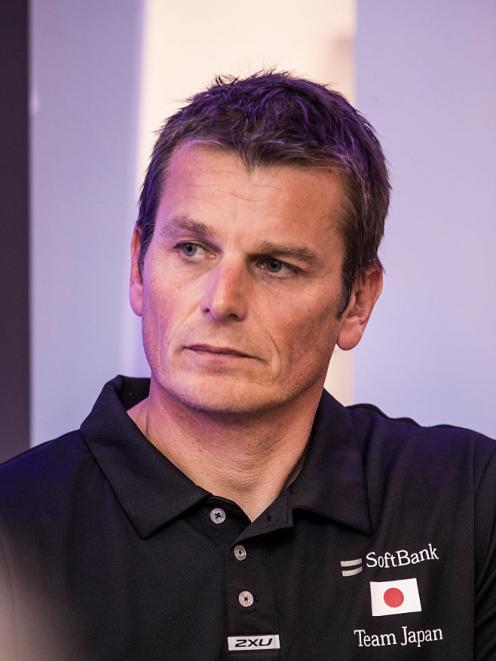 The New Zealander had not only been at the receiving end of one of the most spectacular sporting comebacks in San Francisco, he was then dumped as skipper by Emirates Team New Zealand.

Yet this month in Bermuda, the 44-year-old was back in the hunt, reborn as skipper and chief executive of SoftBank Team Japan, the first Japanese challenge for the America's Cup in 17 years.

While Barker's poker face and sunglasses hid his emotions as he raced, his wit, warmth and wisdom shone through in the post-match briefings, even when things were not going his way.

After he was knocked out of the contest by Sweden's Artemis Racing on Friday, Barker was positive in defeat.

"The main emotion is an immense pride in what we have achieved in two years ... we started with nothing," Barker told a televised news briefing.

"It's been a fantastic honour and a privilege to be running a new team... and I would not trade that for anything."

While it was "too early to say" whether SoftBank Team Japan would be back for another shot at the cup, Barker said he hoped they had a future given the fan base they have built up in both Japan and New Zealand, where many of the team are from.

"There's a few things that need sorting out before we have that certainty," he added.

Whether Barker will be part of another campaign with Japan is also up in the air.

"I really haven't given it any thought. We will have to see..." he said of his own future, adding that he had always said he loved racing and would like to continue.

But Barker's performance on Bermuda's Great Sound has been mixed. At times his tactical and sailing brilliance shone bright, while at others he was punished for his errors.

"Clearly there were mistakes," he said of the last race, while pointing out that his opponents had also made some.

Whether SoftBank Team Japan do return to fulfil their sponsor's aim of bringing the cup to Japan may depend on who triumphs in this month's competition.

If Oracle Team USA or Artemis Racing win, a framework has been agreed among five of the teams for taking it through to the next event, once again in the high-octane foiling catamarans which have proved popular with sailors and broadcasters.

But if New Zealand emerge victorious, they have said they will look to return to the cup's less structured roots, something which might make it harder for SoftBank Team Japan, who bought their design from the holders, to commit to.

Whoever wins, Barker is adamant that the so-called Framework Agreement signed earlier this year by the British, US, French, Swedish and Japanese teams is the way forward.

He will certainly be back out on the water this week, as a sparring partner for his former foe Jimmy Spithill, skipper of Oracle Team USA. 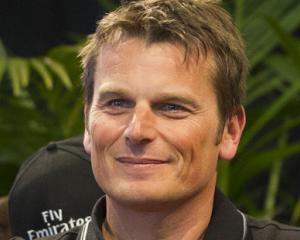