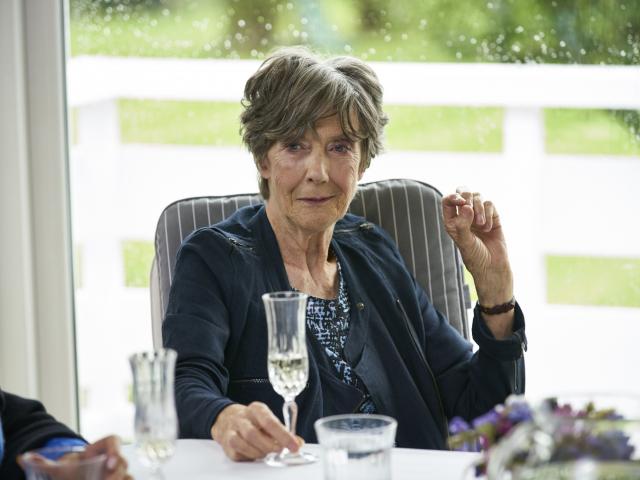 If your idea of bliss is watching elderly actors dishing theatrical gossip, then Tea with the Dames is for you, writes Christine Powley.

A large part of the problem I had with Ingrid Goes West (Rialto) was that it bills itself as a comedy, but it is that cringe comedy I find hard to take.

Musical biopics, if you'll excuse the pun, often get a bad rap by their very nature of having to condense the entire life and career of a musician into a few hours of screen time in a way that's somehow satisfying to both fans and general audiences, while also carrying a narrative arc worthy of any cinematic tale, real or otherwise.

There are some roles that all serious actors aspire to; once they were Shakespearian, but in the decades since World War 2, a real character has emerged to test the skills of eminent actors.

2014’s John Wick is a prime example of the modern-day American action movie done to perfection; a supercool merging of Jean-Pierre Melville’s existential noir classic Le Samourai with the ultra...

Ructions in the Christchurch Poultry, Bantam and Pigeon Club is an unlikely theme for a documentary.

Viceroy’s House (Rialto and Metro), the story of the ignoble retreat of the British from India, is a passion project for director Gurinder Chadha, as her own family was caught up in the violence...

Much of the pre-release chatter leading up to this second instalment of the Alien prequel series has revolved around whether it would atone for the relative failure of Prometheus.

A human brain is being plucked from its inferior casing and fitted into a perfect robot body.

"The Coming War on China" presents the alarming case for an inevitable and potentially catastrophic conflict between the world’s two greatest superpowers the US and China.

Is there any real need for Disney to take its beloved animated fairy stories and turn them into live action dramas?

Is there life on Mars? After watching Life (Rialto and Reading) I sincerely hope not.

I was reluctant to see Loving (Rialto) because this true story of the struggle of an interracial couple in early 1960s Virginia seemed like an opportunity for cinematic grandstanding.

Auckland-based trio thedownlowconcept are well known in these parts for producing 7 Days, which on a good night can be one of the funniest things around, although much of it hangs on whoever is on the panel in any given week.

Expectations can sometimes be a bad thing.

Nostalgia can sometimes be a bad thing.

As a striving, dynamic young career woman, the last thing you would want is for your oddball father to turn up at your office pretending to be a colleague.  Of course, Ines (Sandra Huller) has...

In a career spanning more than 50 years and 24 narrative features, the one consistent thread running through Martin Scorsese’s work has not been guns and gangsters, but rather an obsession with...

I went to Moana  knowing that this was a Pacific story set in Samoa and Dwayne "the Rock" Johnson was the voice of the demi-god Maui.

Christine Powley finds the latest film about Jackie Kennedy a rather long 90 minutes.