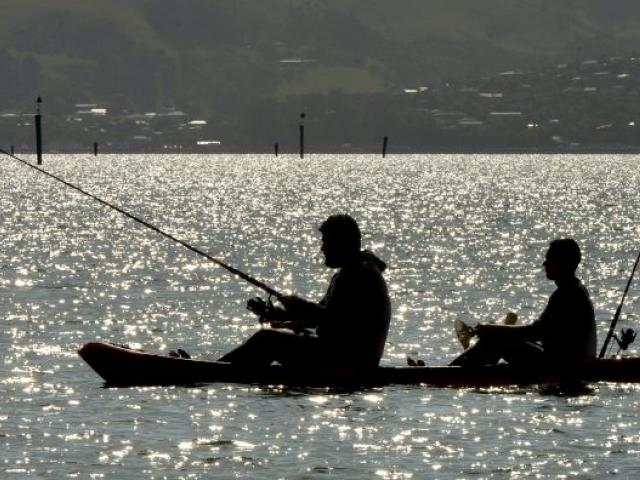 Kiwi fishers will be able to log their catch this summer - and contribute to data around our fish stocks - thanks to a free app.

Tight space for fish exports at Timaru have prompted two Dong Won trawlers to visit Dunedin during the past week, discharging their cargoes before heading back to sea.

Eight-year-old Blake Rackham had a story to tell yesterday after landing a whopping rainbow trout.
Submissions for and against an around-the-mountains cycle trail have been heard in Invercargill this week, with Southland and Otago fishing fraternities the biggest obstacles for the tourism venture.
The main low-country river fishing season ends on Monday after a successful summer's angling, in which 97% of anglers complied with regulations.

Salmon are jumping on fishing hooks around the Otago Harbour and fishers have been making net gains for the past month.
The crew of a fishing boat have been rescued from a liferaft after their vessel sunk off Tauranga today.
In order to better understand how brown trout use the Clutha River system, a trapping programme has been undertaken on the Lindis River by Otago Fish and Game and Clutha Fisheries Trust.

On an island nation such as ours, coastal fishing is akin to a rite of passage, be it at a city wharf, off the rocks or casting beyond the breakers. However, with recreation comes responsibility. Shane Gilchrist reports.
Thinking about going fishing from the rocks or beach? Think again - and again.
The Government has launched an investigation into foreign-charter fishing companies amid allegations crew are being subjected to physical, mental and sexual abuse in New Zealand waters.

A proposal to lower fishing bag limits on Lakes Dunstan, Hawea, Wanaka and Wakatipu and the Poolburn dam was ditched after heated debate at the Otago Fish and Game Council meeting in Cromwell yesterday.

Salmon anglers would have been drooling: eight large salmon penned up in Welcome Creek, a tributary of the lower Waitaki River.

Fishing bag limits on rivers and lakes around Otago could be reduced as anglers express concern about the sustainability of the region's fisheries.
Anglers will benefit from the re-establishment of a salmon farm in the Ohau canal near Twizel.

The Otago Harbour is becoming a mecca for salmon anglers and it is down to the efforts of a dedicated group of fishing enthusiasts.

"Look at all the fish down there!" exclaimed Tom Zenanko, sounding like a kid who just discovered presents under the Christmas tree. The small sunfish and crappies swam among the weeds 3m below the ice of Prior Lake in Minnesota.

There is always a fine balance between getting work done around the house and going fishing. But on a rainy day such as yesterday, the decision was easy for Dunedin salmon angler Alby Sue.