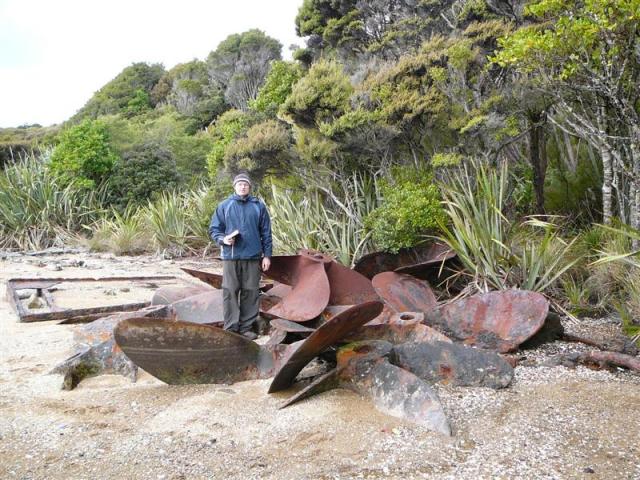 Heritage advocacy in Central Otago has received a shot in the arm with the formation of a new independent organisation, say the people behind the group.

It is inevitable some historic Dunedin buildings will be lost in the future, but there are ways to mitigate the loss, New Zealand Historic Places Trust heritage conservation adviser Jonathan Howard believes.

Finding out a heritage building is "earthquake prone" is not a death knell for the building, the Historic Places Trust says.

The New Zealand Historic Places Trust (NZHPT) yesterday moved to quell alarm over new changes to heritage laws, after the Waitaki District Council was told the owners of Victorian buildings could be landed with big renovation bills.

A historic Otago Peninsula homestead - the base for New Zealand's first co-operative cheese factory in 1871 - is for sale, along with 15ha of farmland.
Oamaru's historic area could get greater protection, with a proposal to list it in the Waitaki district plan.
An Auckland-registered company yesterday admitted failing to comply with conditions imposed under the Historic Places Act 1993 in relation to physical works at Gibbston last year.

One of the last physical connections to the original Teviot settlement may be lost - the Roxburgh East house badly damaged by fire on Saturday is thought to be one of the last three original houses of the settlement.

The controversial Forrester Heights residential subdivision drama has taken another turn, with a contention the site sits on sacred Maori land.

Some of Otago's last physical links to its history have been smashed by vandals.

Those wanting to watch archaeologists uncover some of Otago's past are invited to a public open day at Macraes Flat next week.
A drawn-out dispute over the future of a group of historic Princes St, Dunedin buildings looks set to draw out further.

A restaurant and accommodation outlet will open next month in an Ophir building which housed a general store and butchery more than 140 years ago.

Plans for a $1.5 million redevelopment of the former Dunedin North Post Office have been revealed by the Otago Museum.

The owners of the condemned Brocklebank Drycleaners building in the main street of South Dunedin are frustrated at a five-month wait, so far, for approval to knock down the building.

The North Otago branch of the Historic Places Trust is investigating ways it can continue to exist if the Government passes legislation disbanding it and other branches.

Demolition of Southland Hospital's old nurses' home and administration building will not go ahead before October, to allow anyone interested in paying for their preservation to come forward.

The community should be asked whether it has any interest in retaining the structurally unsound old nurses' home and administration building at Southland Hospital, hospitals' advisory committee member Richard Thomson says.