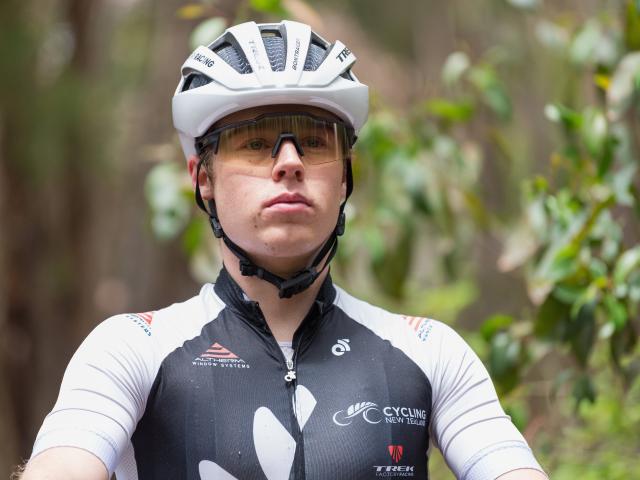 New Zealand cross-country mountain bike champion Anton Cooper made a superb return to UCI World Cup racing with sixth place in the opening round in Germany.

Christchurch rider Joe Nation could not have been more dominant at the Three Peaks Enduro race over the weekend.

Over the past 20 years, Mountain Biking Otago has given the city of Dunedin a present worth more than a million dollars.

Dunedin is blessed with some excellent mountain bike tracks, built by Mountain Bike Otago. Today, in the final part of a two-part series, John Fridd explores the new Wakari bike park and revisits an old favourite trail at the top of North East Valley.

Dusting off my knees after my first downhill mountain bike excursion of the new season, I was thankful the trails had left me with all my skin intact and a low bruise count.
Mountain bikers with a creative bent have been issued with the challenge of peddling their passion through a five- to seven-minute film for the inaugural "Through the Lens" competition .

The Otago Central Rail Trail is now well known around the world, so I thought I'd better include a ride on the most spectacular part of the trail in this summer's bike rides series.

Mountain biking enthusiasts will soon have another Wanaka track at their disposal, this time right in the centre of town.

We're back in the Wanaka district for the final of our Summer Times bike rides. This is because Wanaka has so many new tracks I couldn't fit them into one article.

Some mountain bikers don't like scary single tracks and exhausting hill climbs, so I thought I'd throw a cruisy ride into this series.

The best bit about cycling in the hills is not the climb. So Jeff Kavanagh goes biking from the top down.

Historic gold-mining sites, unexpectedly discovered while building a mountain bike trail up to Moke Lake, could be opened up, if given Doc approval.
Downhill demons rejoice. The Queenstown Mountain Bike Club is looking to reopen two of the Queenstown Bike Park's technical downhill tracks.
The final round of the Southern Series downhill mountain bike event will be held at the Snow Park on the Pisa Range on Saturday.

Yesterday was all about the bikes, with the Queenstown Mountain Bike Club's inaugural Buy, Sell and Shred day drawing aficionados from far and wide.

Queenstown has taken another step towards becoming the country's mountain-biking capital by offering bike holiday packages of accommodation, bike hire and track use.
Combined funding of $40,000 has been secured for maintenance of the Queenstown Bike Park during the 2011-12 mountain-biking season, to be pooled into one pot for a collaborative approach.