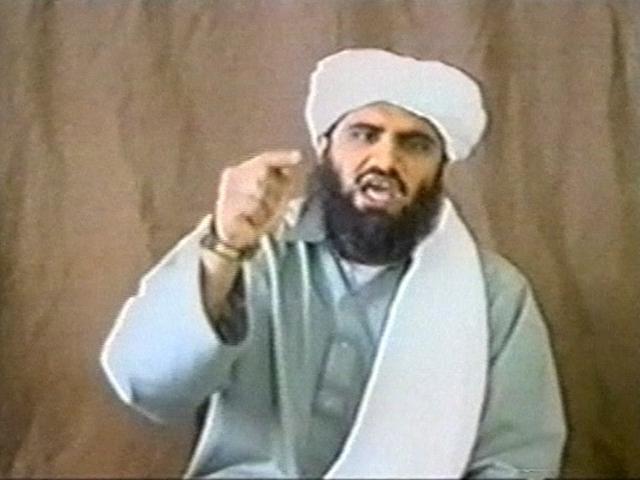 A son-in-law of Osama bin Laden and a high-ranking al Qaeda figure who threatened that violence against the United States would continue after the September 11, 2001 attacks, has pleaded not guilty to a charge of conspiracy to kill Americans.
Pakistani authorities have sentenced a doctor accused of helping the CIA find Osama bin Laden to 33 years in jail on charges of treason, officials said, a move almost certain to further strain ties between Washington and Islamabad.
A federal judge has refused to order President Barack Obama's administration to release photos and video of the U.S. military operation that killed Osama bin Laden in Pakistan almost a year ago and the al Qaeda leader's burial at sea.
Pakistan will deport Osama bin Laden's three widows and their children to Saudi Arabia next week after they finish a 45-day prison sentence for illegally entering and living in the country, their defence lawyer says.

The Pakistani home of al Qaeda chief Osama bin Laden, the place where he was killed after the biggest manhunt in history, is no more.

Writing recently in the Washington Post, Brian Michael Jenkins, a senior adviser at the Rand Corporation think tank, claimed that the 9/11 attacks 10 years ago were not a strategic success for al Qaeda.
Pakistan's prime minister has named the members of a commission tasked with investigating the circumstances surrounding the May 2 US raid that killed Osama bin Laden.

The world is no safer even though Osama bin Laden is dead - that is consensus of three University of Otago academics at a public forum yesterday.

Pakistan's president has denied suggestions his country's security forces may have sheltered Osama bin Laden before he was killed by American forces, and says their co-operation with the United States helped pinpoint the world's most wanted man.

President Barack Obama says he has decided not to release death photos of terrorist Osama bin Laden because their graphic nature could incite violence and create national security risks for the United States.

Hone Harawira has apologised for comments he made describing dead terrorist Osama bin Laden as a freedom fighter.

From halfway around the world, President Barack Obama and his national security team monitored the strike on Osama bin Laden's compound in real time, watching and listening to the firefight that killed the terrorist leader.

Suspicion has risen that Pakistan's intelligence service leaked the name of the CIA chief in Islamabad to local media in anger over the raid that killed Osama bin Laden - the second outing of an American covert operative here in six months.

The online interest in Osama bin Laden's death has attracted numerous internet scammers who are baiting Facebook and Google users by claiming to offer pictures of a deceased bin Laden.

Newly released videos show Osama bin Laden inside his hideout, watching himself on television and rehearsing for terrorist propaganda videos.

The Americans who raided Osama bin Laden's lair met far less resistance than the Obama administration described in the aftermath, it has emerged.

Marking Osama bin Laden's death where the terrorist inflicted his greatest damage, President Barack Obama soberly laid a wreath at New York's ground zero and declared to the city and the world, "When we say we will never forget, we mean what we say."

Pakistan's army has broken its silence over the US commando raid that killed Osama bin Laden, acknowledging its own "shortcomings" in efforts to find the al-Qaeda leader but threatening to review co-operation with Washington if there is another similar violation of Pakistani sovereignty.

Osama bin Laden was unarmed when he was confronted by US commandos at his Pakistani hideout but tried to resist the assault, the White House said today as new details emerged about the raid that killed the world's most wanted terrorist.