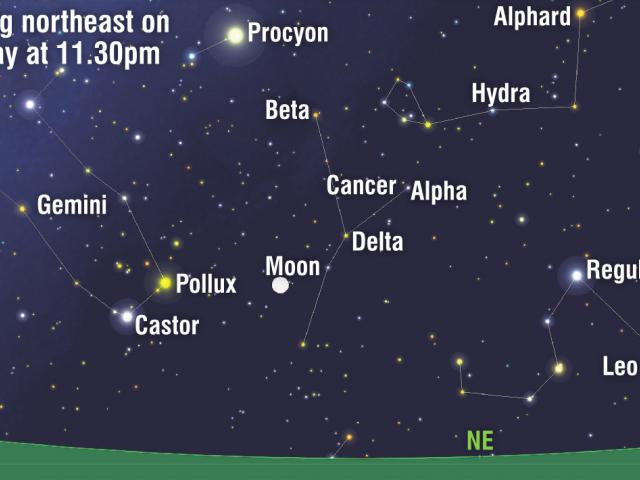 If things go well this week, the sky gods will reward stargazers with a brilliant celestial Christmas present; a naked eye comet!

For Ian Griffin, one of the real signs of the arrival of summer is the magnificent sight of Orion rising in the eastern sky after sunset.

Stargazers are in for a treat after sunset on Tuesday.

This week Ian Griffin would like to encourage you to join him on a hunt for a remarkable spiral galaxy.

Tonight the earth passes almost directly between the sun and the moon, creating an event that astronomers call a lunar eclipse.

This week I would like to encourage you to head out after sunset and explore some of the constellations on show in the northern sky. The moon was new yesterday morning which means its light will...

With the new moon occurring on Friday morning Ian Griffin hopes to enjoy some wonderful views of the heavens in a sky devoid of moonlight.

Since its launch in 1998, the International space station (ISS) has become a familiar sight. Many have seen it as a very bright “star” slowly crossing the sky in the hours after sunset or before...

The moon is full at 3.57am on Thursday in Dunedin. It rises the previous evening at 7.38pm just to the north of east. It should be a beautiful sight opposite the setting sun as the sky darkens.

When the moon is very low in the sky, atmospheric refraction distorts its shape and colour. Oceanic moonrises are certainly worthy of attention, writes Ian Griffin.

Usually, when working, my habit at lunchtime is to grab a sandwich from the fine selection at the museum cafe. If the weather is nice I wander outside to find a sunny spot in the reserve where I can spend a few minutes to relax and top up my tan, writes Ian Griffin.

You really cannot miss Venus after sunset at the moment. If the sky is clear, the planet is visible as an incredibly bright white "star" high in the western sky as darkness falls.

This week I’d like to invite you to get out of bed a couple of hours before sunrise to embark on a pre-dawn hunt for Uranus.

When the sun sets tonight, turn your back to it. As the sky darkens you will be greeted by the marvellous sight of Saturn, the waxing gibbous moon and Jupiter rising in the eastern sky. All three...

There really is a lot of planetary action going on in the sky after sunset at the moment. This week, if you have access to an unobstructed view to the west I’d like to set you a bit of a celestial...

There's a rather beautiful harmony between the orbits of Venus and Earth, writes Ian Griffin.

Saturn is directly opposite the sun just before 6pm on Monday (August 2). Astronomers call this the moment of planetary opposition. Saturn is at its brightest because it is at its closest point to...

One of the joys of living on Otago Peninsula is the excitement of my morning journey to work, writes Ian Griffin, and this time of year it coincides with sunrise.