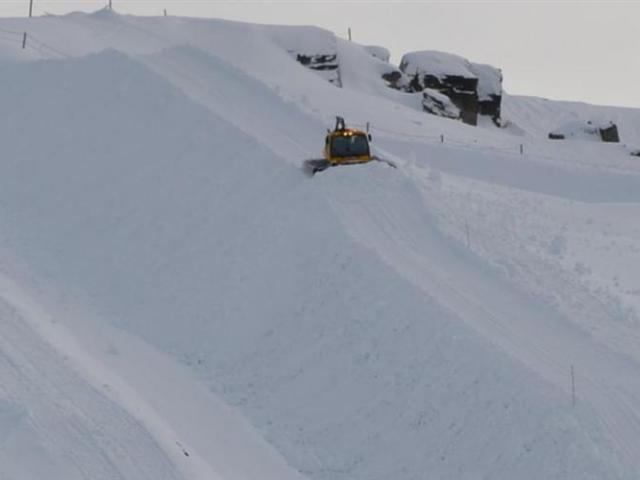 A southerly blast forced the closure of some Queenstown and Wanaka skifields yesterday, others were only only partially open but the snow was welcome.

Otago people are being urged to prepare for a snowstorm which is forecast to hit the region from tomorrow night.

The Otago Daily Times gets through. But, sometimes, only just.

Many Otago residents awoke this morning to find a thick blanket of snow.

Rough weather in the high country brought snow to may parts of Otago yesterday while travellers' plans were disrupted by blockages on highways on the West Coast.
A weather front possibly bringing snow could disrupt plans to reopen one lane of the Milford road by tomorrow, New Zealand Transport Agency Southland area manager Peter Robinson said.
Preparations for the ski season are well advanced at the volunteer-run Awakino Skifield, near Kurow. New equipment is already in place, as is a decent covering of snow.

Snow down to 400m, about the level of Dunedin's Signal Hill, is forecast for today.

Welcome to Central Otago at the height of summer - 25degC one day, snow the next.

Snow has fallen in the South overnight, blanketing hills in the region and settling on the flat in some parts of Central Otago.

Heavy snow forced the closure of the Danseys Pass road this morning.

Normal service is resuming in Dunedin as the bitterly cold snap affecting most of the country eases in the city - although schools and some roads remain closed and the airport has been dogged by delays.

The lower North Island is feeling the full force of this week's wintry blast, with heavy snow returning to Wellington with a vengeance late this afternoon, while the South Island continues to shiver.

Blizzard weather conditions were expected to continue across Otago's heartland overnight, with up to 20cm more snow forecast to be followed by a series of severe frosts in the next few days.

People are being urged to prepare for a major polar blast which could bring snow as far north as the Coromandel Peninsula from Sunday.

Chances are slim another polar blast will hit the South in the next few weeks, but the possibility of a snow storm in spring still exists, a climate scientist says.

Queenstown-Lakes Mayor Vanessa van Uden believes the council could have done "a lot" better during this winter's polar blasts.

Significant snow warnings for Otago have been lifted by MetService as the polar blast moves north.