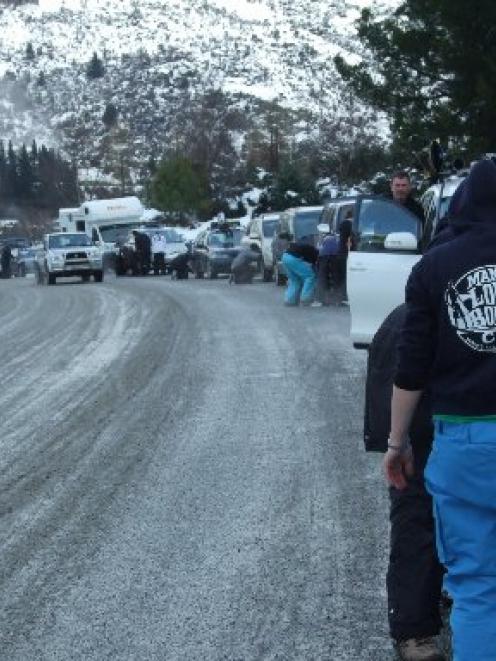 Mr Mander's report on the big snows in July and August will be discussed by the infrastructure services committee tomorrow.

In his report, Mr Mander says the three snowfalls in July and August cost the council $457,000 - $204,607 to be paid by the council, with the remainder funded by the New Zealand Transport Agency (NZTA) under the emergency reinstatement category.

The report covers the feedback and issues across a wide range of areas, including performance on arterial and secondary roads, footpaths, snow clearance techniques, infrastructure and public communications.

Both positive and negative feedback had been received, Mr Mander said.

However, one of the most important matters to be resolved related to Coronet Peak Rd.

Mr Mander said discussions with NZSki had revealed "some concern at the uncertainty of maintenance activities" on the road during the three snow events - two in July and one in August.

A contributing factor had been a short breakdown in communications when Downer's radio transmission channel failed during the first snowfall.

While that was quickly corrected, it was not communicated well to all subcontractors-suppliers and key stakeholders, "resulting in communication difficulties with the likes of NZSki", Mr Mander said.

Other issues was a "mismatch" between the contracted service hours and NZSki's operations, particularly its early-start First Tracks programme, which had revealed a low level of communication between the council and NZSki in "both directions"; and Coronet Peak Rd "being prioritised among all other priority roads that the roading maintenance contract has to deal with".

"At the crux of the issue is the fact that Coronet Peak Rd is the only public road access to Coronet Peak Skifield," Mr Mander said.

"It is absolutely critical to NZSki in a commercial sense - any road down-time affects revenue.

"From a council and road maintenance contractor perspective, however, it is important, but not the only important road in the district.

"Clearly - given the importance of the skifields - it is absolutely critical that issue be resolved quickly," Mr Mander said.

Several meetings had been held between Downer and NZSki to resolve the issue, but it was recommended council staff help the process.

"If there is an expectation that levels of service will be changed [as is anticipated], this will need to be reported to council for approval.

"There will be follow-on lessons for access roads to other skifields - acknowledging that the functioning of these roads is immensely important to the district's visitor industries."

Included in Mr Mander's report was an "action plan" which provided definite actions and timeframes for the implementation of improvements, with progress to be monitored and reported back to the infrastructure services committee.