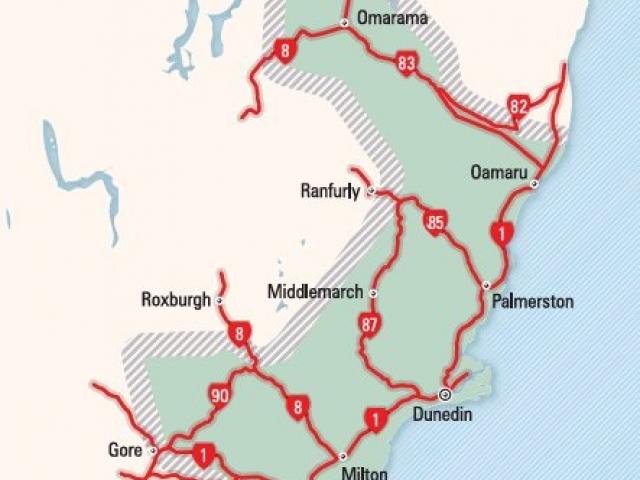 Downer NZ's roading division has secured an $86million seven-year contract covering the maintenance, marking and resurfacing of much of Otago's network of state highways.
Deliberations to prioritise more than 200 transport projects proposed by Otago's local authorities are under way, as part of a regional bid for funding from the New Zealand Transport Agency.
The cost of damage to Queenstown's roading network caused during last month's gale-force winds could be as much as $50,000.
A temporary traffic-management solution could be on the way for Butel Rd, near Arrowtown, while debate continues about its potential closure.

Dirty, dusty Dunedin roads may need better monitoring to ensure air-pollution standards are not being breached in the central city, despite differing opinions from local councils about how serious the problem really is.
The Queenstown Lakes District Council is keen to find out how the community views council's response, after two major snow events in the past two weeks.
Future investment in Otago's transport network is likely to be prioritised towards maintaining the region's highways and roads, with the potential for diverting more freight options towards rail, and pushing for ongoing improvements to travel safety.
Repairs to the surface of the $13.1 million State Highway 88 realignment behind the Forsyth Barr Stadium have been needed since it opened to traffic on Monday.

Gritting of alpine roads will continue in the Queenstown Lakes district this winter, after a flood of submissions convinced the New Zealand Transport Agency and the district council to keep funding the safety measure.

The two recent volleys from the Otago Daily Times on the quality of road maintenance (Page 1, 30.5.11, editorial, 31.5.11) have been based on comments from some of the community boards during the...

The performance of Dunedin City Council contractors holding $10 million maintenance contracts is to be scrutinised, amid claims the workers are literally spraying money away.
One of the country's most important new roads has been given the go ahead and is likely to be finished within five years.
The Clutha District Council has awarded new road-maintenance contracts to Fulton Hogan Ltd.

The need for a fair rating system has been impressed upon the Waitaki District Council by North Otago's farming community.
Highcliff Rd is recognised as being narrow, winding and difficult for road users, the Dunedin City Council says, but there are no plans for what would be costly improvements.
Work begins on Monday to extend the seal on Cemetery Rd at Lake Hawea, with the work to continue until mid-May.

Malaghans Rd has been identified as a future primary alternative arterial route, being built as "a motorway on the back road to Arrowtown", Queenstown Lakes district councillor Trevor Tattersfield says.
Travel on the East Coast is expected to be easier after two major roading projects were opened in the region today.