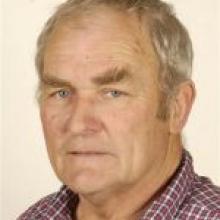 Barry Williams
The performance of Dunedin City Council contractors holding $10 million maintenance contracts is to be scrutinised, amid claims the workers are literally spraying money away.

Council staff, together with Crs Andrew Noone and Lee Vandervis, will meet Fulton Hogan representatives next month to discuss complaints about shoddy and inefficient work practices.

At the same time, a new council sub-committee - including finance, strategy and development committee chairman Cr Syd Brown - will scrutinise the quality of the contracts, to see if changes could result in a "better bang for your buck", Cr Brown said.

The sub-committee will present its findings to the finance, strategy and development committee later this year.

Both moves come after community board representatives, speaking at this month's annual plan hearings, criticised aspects of the contractors' performance.

Fulton Hogan subcontracted some of the work, including weed-control spraying, to Delta Utility Services.

However, Strath Taieri Community Board chairman Barry Williams told the Otago Daily Times some of Delta's work was "completely nuts".

That included spraying weeds near Middlemarch in the middle of winter, when weedkiller would be at its least efficient.

That had been happening recently, as Delta contractors sprayed along State Highway 87 towards Middlemarch.

He also questioned the wisdom of spraying weeds in strong winds, including on the morning of the May 12 storm, which brought down trees in Dunedin.

Spraying on other windy days had also resulted in the spray drifting across farmers' paddocks, he said.

The council's contracts required contractors to redo work not up to scratch, but Mr Williams said if they could afford to do it twice "then obviously their contract price is too high".

This included the time it took to grade unsealed roads, prune trees growing into power lines or clear fallen leaves or grass clippings, which could block drains and cause flooding.

"They don't listen to what the people are saying about when it [the work] is needed."

The DCC was criticised last week for the time it took to sweep debris from the Otago Peninsula cycleway, in Portobello Rd, after the May 12 storm.

Fulton Hogan and Delta managers both declined to comment when contacted by the ODT about the criticisms.

Council transportation operations manager Graeme Hamilton said he was aware of the criticisms and shared some of the concerns, particularly when it came to spraying.

He had previously raised concerns with contractors, and organised meetings between council staff, contractors and community board representatives, but complaints persisted.

"Sometimes, you wonder when the complaints will stop. I don't know the answer totally."

The council monitored contractors' work against a checklist of requirements, and could withhold payments or ask for shoddy work to be redone, which happened in less than 5% of cases.

It appeared either the community boards were "a bunch of unhappy people", their complaints were not getting through to contractors or contractors were choosing to ignore the message, he said.

Next month's meeting would attempt to "make sure we've got the focus of the entire management team of the contractor".

Cr Brown said he had concerns about the quality of some work and contracts that prevented "common-sense" solutions.

That included contractors working on footpath resealing in one street without fixing other small problems - such as a pothole further down the street - because they were outside the terms of the individual project's contract, he said.

The new sub-committee would consider ways of improving how contracts were assessed, awarded and monitored. That should also address contractors spraying weeds in winter.

"Spraying at this time of year - you might as well just go and tip it in the ditch somewhere, because it's useless."