Repairs to the surface of the $13.1 million State Highway 88 realignment behind the Forsyth Barr Stadium have been needed since it opened to traffic on Monday.

Dunedin City Council transport operations project engineer Evan Matheson said two "minor" potholes had been repaired in the seal at the northern end of the bridge across the Water of Leith.

It was not uncommon for minor defects to show up once roads were subjected to high volumes of traffic, he said.

Mr Matheson estimated the road had an initial traffic volume of about 10,000 vehicles a day.

Some motorists were also taking time to become accustomed to the new route and its entry and exit points on Anzac Ave and Ravensbourne Rd, Mr Matheson said.

Roading markers and safety barricades at the Anzac Ave end of the realigned highway would soon be removed, he said. 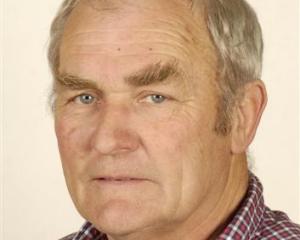