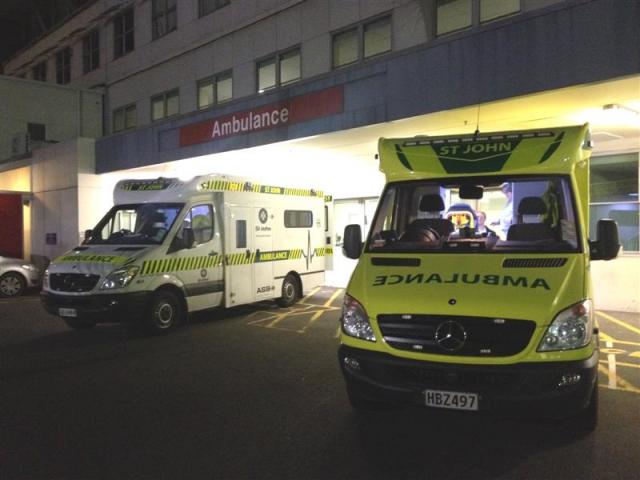 St John ambulance officers are often the first at the scene of a tragedy. Hamish McNeilly went out on a Friday night shift with the paramedics in Dunedin last week.

At the sound of a siren or pager alert, thousands of rural people drop everything to answer emergency calls, be it for a fire, car crash, medical emergency or lost tramper. Volunteers are the glue that keeps remote rural areas and larger regional urban centres together. Otago Daily Times reporters investigate the health of Otago's volunteer services.
In a bid to encourage people to volunteer for St John, free first aid courses are being offered potential volunteers in rural areas.
A 38% fee increase for non-emergency St John ambulance private hire trips is hitting the South especially hard because of vast distances to main hospitals, Aged Care Association Otago Southland board member Malcolm Hendry says.
St John has decided to retain a presence in the township, despite urgently needing more volunteers.

The youth division of St John in Oamaru has two more recipients of the St John Youth's top award in its ranks.

Helping people in times of crisis and thinking on her feet to solve problems have kept Jeanette Anderson volunteering for St John for an extraordinary 27 years.

The long service and hard work of dozens of St John volunteers and paid staff was recognised in Balclutha on Friday night.

When the call goes out for help after an accident or medical emergency, St John is first to respond. However, as St John's workload grows, the pool of volunteers needed to help crew ambulances...

The St John Wakatipu health shuttle is at risk of being axed, just six months after it was launched, if more people do not use it to attend their medical appointments in Invercargill.

Ann Allen knew she was in trouble when she started choking on a piece of meat.
More than half the patients needing an ambulance in remote Otago areas were left waiting longer than the St John Ambulance Service response time target of 25 minutes, figures from St John show.

Kelvin Perriman had to contend with a a skifield accident and a three-vehicle crash at Arrow Junction in his first few days in charge of St John Queenstown at the beginning of this month.