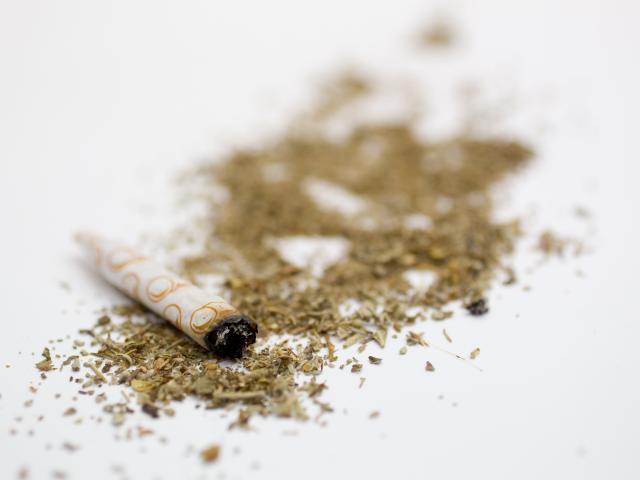 A young Dunedin man was ''psychotic'' on synthetic cannabis when he threatened to kill himself, his former partner and their child by driving into Otago Harbour earlier this year.

Temporary paralysis, daily vomiting, seizures, coughing up ''black stuff'', violent mood swings and insomnia were all par for the course for those addicted to psychoactive substances, a former addict says.

The owner of a South Invercargill legal high shop attacked by arsonists early yesterday says he had no doubt he has been targeted by people who want to put him out of business.

A protest sign - ''legal but lethal, we say no, legal highs all must go''- was the message delivered to local and central government politicians at a Dunedin protest synthetic cannabis on Saturday.
Tokoroa mother Julie King has organised a nationwide protest with a Facebook page called ''Aotearoa bans the sale and distribution of legal highs in our country''.

The Government has passed legislation that allows the Dunedin City Council some control over the sale of psychoactive substances like party pills and synthetic cannabis.

A Wanaka woman connected to a company which was recently licensed to manufacture synthetic drugs has had a change of heart about the business.

Tougher restrictions on shops selling legal highs could be coming to Otago, but not until after local body elections in October.

An initiative started by a pair of Otago Polytechnic students to help those wanting to quit their synthetic cannabis habit is gaining national interest.
The synthetic cannabis product K2 was associated with 13% of admissions to an inpatient psychiatric ward in Dunedin, including one patient with homicidal thoughts, during a three-and-a-half-month audit done earlier this year.

Synthetic cannabis has been much in the public spotlight recently, as increasingly disturbing stories about its negative effects have been related by health professionals, police, parents and users themselves.

Zombie-like youth, high on a ''dirty drug'', with twitching muscles and slurred speech, are changing the work of social service staff in Dunedin, Otago Adventure Development counsellor Scott Blair says.
Smoking K2 before swimming may have contributed to the death of a freezing worker, a coroner, who wants synthetic cannabis products made illegal, says.

Dairies, service stations and grocery stores will automatically be banned from selling synthetic cannabis and other legal highs from as early as July.

Police have released a photograph of two suspects after thousands of dollars of synthetic cannabis was stolen in an aggravated robbery of a North Dunedin dairy last week.

A Dunedin father says he was tossed around his house ''like paper'' by his son trying to go cold turkey from the synthetic cannabis product, K2.

Police in Oamaru are urging both sides of a dispute over the sale of legal highs in the town to act responsibly, after a dairy owner yesterday allegedly turned a water blaster on a group of protesters campaigning against the sale of K2.

An Oamaru teenager who ended up with serious burns while playing with petrol after using the legal-high product K2 is calling for synthetic cannabis to be banned, and says he will be on the street, holding a protest placard himself, as soon as he can walk.

A reformulated version of K2 is already appearing on dairy shelves, a day after the older version of the synthetic cannabis product had to be removed from sale.