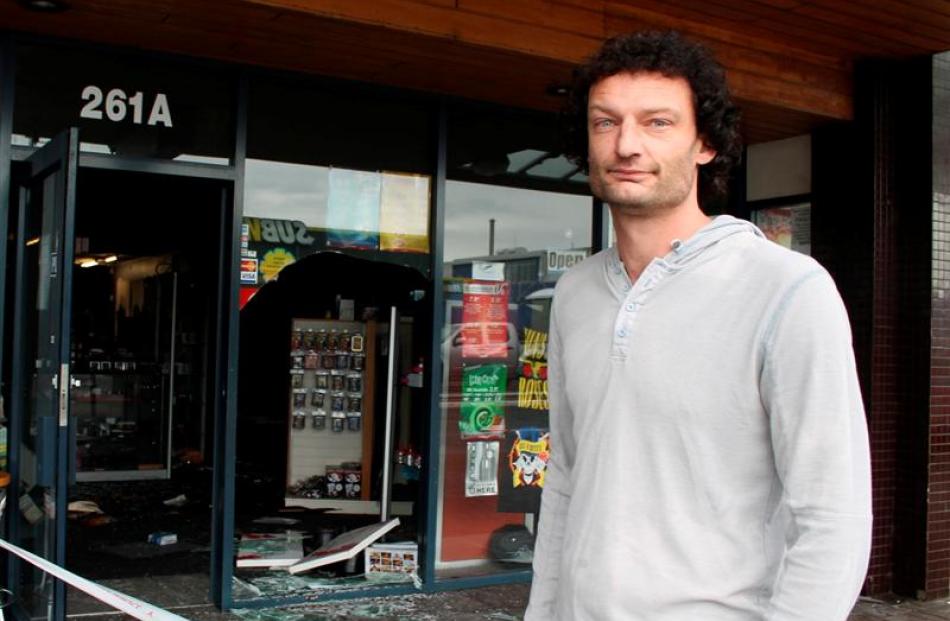 The owner of a South Invercargill legal high shop attacked by arsonists early yesterday says he had no doubt he has been targeted by people who want to put him out of business.

But Warren Skill, who had a brick with a threatening note thrown through his shop window about a year ago, said his opponents had gone too far this time.

''In this business you expect opposition, but this is going too far ... They could have burnt down the whole [South City] mall. Someone could have been killed.''

Police and fire safety officers are investigating the attack, which happened just before 1am.

Officers from the nearby Kingswell fire station forced entry to the shop to stop the fire spreading and to make sure no-one was in the upstairs flat.

Mr Skill said he sometimes stayed in the flat but was not there on Thursday night.

He said CCTV footage showed a vehicle and two men outside the shop.

''One guy whacked the shop window with a baseball bat about 15 times and the other guy threw a fireball in. It was probably a Molotov cocktail, but I don't know that for sure. All you could see on the footage was a fireball.''

He was grateful to the passer-by who called 111.

''There would be plenty of people who wouldn't have done that. There are people who I know would be happy to see my shop burn.''

Mr Skill, who has been selling legal highs for seven years and been in the leased Elles Rd shop for the past three, was regularly picketed by anti-legal-high protesters last year.

Two weeks ago, a man posted a message on a Facebook open group page offering to ''burn down every synthetic legal-high shop in Invercargill'' if he was paid $2000.

Police Southern district deployment co-ordinator Craig Brown, of Dunedin, yesterday confirmed the shop attack was arson but would not comment on the Facebook threat.

Hundreds of Invercargill people are expected at a protest in the city today calling for legal highs to be totally banned. It is one of 22 being held simultaneously around the country.

Mr Skill's shop is one of only two left in Invercargill since the introduction of tougher licensing laws last year.

Elisabeth Noble Merito, an outspoken anti-legal-high campaigner and protest co-organiser, said yesterday she did not know who had set fire to the shop and did not condone the action.

She said Invercargill residents would be ''shocked'' by the incident.

''I think this is the first store in New Zealand to be attacked in this way. It has put Invercargill on the map. Invercargill people are generally quite quiet and this will be something radical for them.''

The arson had damaged the efforts of groups trying to use legal means such as petitions and submissions to get legal highs banned, she said.

''We don't want trouble. Let's focus on what we can do legally. Let's go about this the right way.''

Mr Skill, a father of five and a grandfather, said he could understand why people were opposed to legal-high products.

For some people, the products had ''addictive qualities'' or caused harmful effects, he said.

One of his daughters had smoked it and he had told her it was safer to smoke cannabis.

Asked if he was being hypo-critical selling to other people's daughters and sons, he said he did not think he was.

''I sell to adults, who make up their own minds to buy. I don't sell to intoxicated people, and I'm staunch about not selling to anyone under 18.

''I can't be a counsellor as well as a retailer, but I am happy not to sell to anyone who tells me they want to stop.''

He said he had a customer base of more than 3000 people from as far away as Dunedin, Queenstown and Bluff, and served more than 500 customers daily.

They were from all walks of life, including ''older, more intelligent people'', he said.

Public protests ''would not make this stuff go away'', he said.

''The Government is not going to change its mind. And what would happen if it did? There would still be a market.

''Do the protesters want to see us [licensed shops] close down and for the industry to go into the hands of criminals and the black market?''

While the fire was extinguished quickly, the shop was smoke damaged and much stock, including a small number of sachets of legal-high products on display stands, were destroyed.

The bulk of his legal-high products were in a fireproof room and undamaged, he said.

He did not know how long the shop would be closed or how long it would take to repair the damage, but he would reopen, he said. 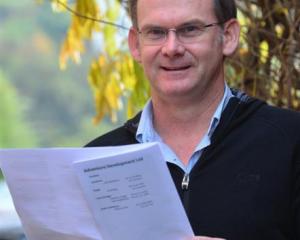