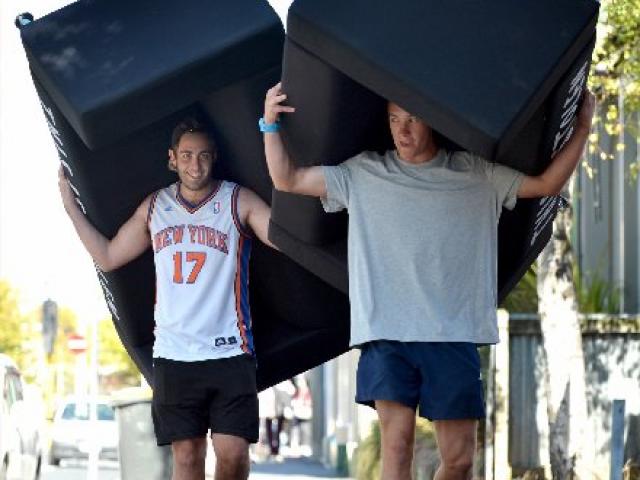 All those who have been in employment will understand to some extent what is meant by the "dignity of work''.

Prime Minister Jacinda Ardern says she and Shane Jones are ‘‘essentially talking about the same thing’’ when it comes to his work-for-the-dole scheme.
The lift in job advertising could mean unemployment falling to about 5.5% by the end of the year, ANZ economist Steve Edwards said yesterday.

What is life like without a job for six months? It is a struggle, those at the coalface say. During the past eight months, Dunedin teenager Danielle Newton has applied for more than 50 jobs but...
The number of people facing more than six months without a job in the South has more than doubled since 2009.

Otago has one of the country's lowest unemployment rates with the South Island well ahead of the north when it comes to lowering the number of people unemployed.
Employment data released yesterday, showing growth in employment and a slight decline in unemployment, is a reflection of New Zealand's strengthening economy, economists say.
New Zealand's unemployment rate was likely to keep ''bouncing around'' 7% for the next six months, ANZ senior economist Sharon Zollner said yesterday.
Unemployment results released this week were greeted with justifications and cliches from the Government, explanations and predictions from economists, and expected criticisms and calls for action from Opposition parties and unions.
The "horrible" September unemployment numbers should mean the forecast top levels of the United States-New Zealand dollar cross are not tested, BNZ currency strategist Mike Jones says.
September's high unemployment figures continued to haunt the Government yesterday, with Labour Party leader David Shearer accusing the Government of trying to shrug off the bad news.

The Government had nowhere to hide yesterday when the unemployment figures were released and they proved to be the highest since March 1999, when Dame Jenny Shipley was prime minister.
Seasonally unadjusted unemployment rose in both Otago and Southland in the three months ended September, but the seasonal nature of the figures makes interpretation difficult.

Labour leader David Shearer yesterday advocated a return to government intervention in the job market, including adopting a "one in a million" target for government contracts.

Government claims of a slow sustained recovery in the economy will be put to the test in the next few months, as New Zealand's unemployment rate edges up and a modest lift in employment fails to materialise.
The Otago unemployment and employment figures continue to fluctuate because of seasonal factors, but it does appear some people in the region are struggling to find work and have ruled themselves out of the count.
Employement levels appeared to hold up well in the first half of the year, but data out tomorrow is still expected to show an unemployment level of 6.5% for the country.

New Zealand's unemployment rate is set to hover around 6.5% for the next six months, judging from data from the ANZ Job Ads series released yesterday.
There are 25 unemployed young people in Clutha, and Mayor Bryan Cadogan believes the number can be zero.