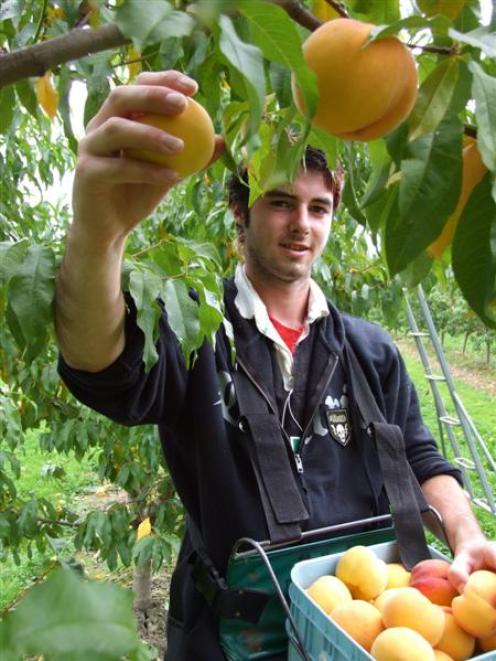 Seasonal work often affects Otago's unadjusted unemployment rate. Photo by Lynda van Kempen.
Otago has one of the country's lowest unemployment rates with the South Island well ahead of the north when it comes to lowering the number of people unemployed.

Statistics New Zealand figures show Otago has a seasonally unadjusted unemployment rate of 4.4%, slightly behind Tasman-Marlborough-West Coast on 4.2%. Canterbury leads the way on 3.4%. Southland has an unemployment rate of 5.7% but that is not the worst in the country.

Bay of Plenty has the top unemployment rate of 9.3% followed by Northland on 9%. Auckland has 6.3% unemployment, Waikato 6.7%, Taranaki 5.7%, Gisborne-Hawkes Bay 7.3%, Manawatu-Wanganui 5.7% and Wellington has 6%. The national seasonally adjusted unemployment rate fell to 6% for the year ended December, down slightly from forecasts of between 6.1% and 6.3%.

The seasonally unadjusted figures are subject to wildly fluctuating data depending on things such as fruit picking in Central Otago or students going back to tertiary education.

''It seems clear the recent buoyancy we have seen in the region across manufacturing and service sector activity has largely been mirrored in these latest unemployment statistics.''

Back in the June 2013 quarter, the Otago unemployment rate was a ''rather ugly'' 6.3%. The recent improvement to 4.4% in December was welcome.

Mr Scandrett warned that within the figures released, he could not get a direct read on which parts of Otago were performing better than others. The odds were Central Otago was responsible for generating some significant elements of the regional gains seen.

Statistics NZ figures showed Otago had 127,500 people employed in December, up from 120,700 in September. There were 5800 people unemployed compared with 6000 in September.

Otago has a working-age population of 185,300, up from around 181,000 in both June and September last year. The labour force participation rose more than 2% to 72% in the December quarter to give an employment rate of 68.8%.