Seasonally unadjusted unemployment rose in both Otago and Southland in the three months ended September, but the seasonal nature of the figures makes interpretation difficult.

Otago-Southland Employers Association chief executive John Scandrett said when he looked closely at the latest Statistics NZ figures, they were not as negative as he first thought.

"Today, I've spoken with a prominent city manufacturing concern which has experienced recent demand slippage from Australian customers. While they have been forced to adjust temporary employee numbers downward, they are anticipating an early new year ordering lift and they are confident this will lead to rehiring."

Another local manufacturer and exporter had increased staff numbers on a gradual but consistent basis throughout the year and expected that trend to continue, Mr Scandrett said.

A "respected" Dunedin-based construction and decorating firm principal said he had a strong order book but was finding it difficult to find appropriately experienced staff.

"But the overall message seems to be that, while there is nervousness and uncertainty around many local labour market elements, some employers - especially those in niche markets - were doing very well and their employee numbers were stable," Mr Scandrett said.

Mr Scandrett said the "breath-taking reality" of yesterday's figures were that in parts of the country, unemployment levels were sitting at 8%-10%. On a comparative basis, Otago at 5% and Southland at 5.3% looked quite positive.

Local levels of unemployment painted a picture of ongoing labour hardship across tourism, retail and selected construction activities and as regional manufacturing was generally sitting close to break-even, it was hard to find anything concrete pointing towards an improvement in employment, he said. 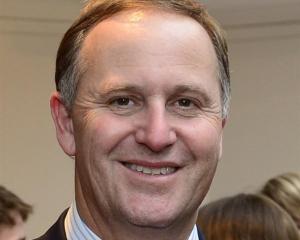