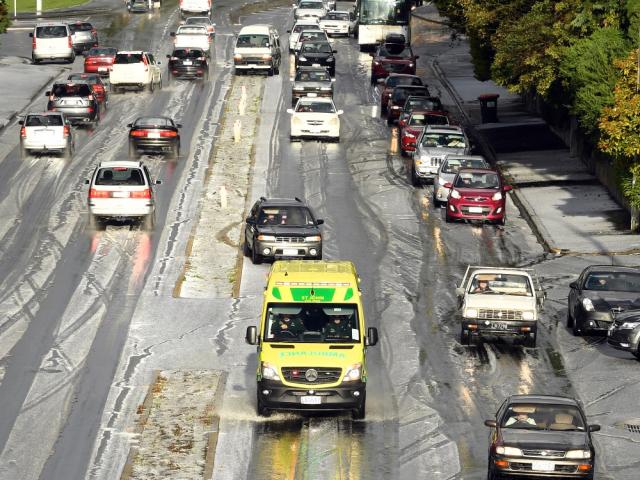 Dunedin will remain chilly for the rest of the week after a southerly blast slammed the door on the city's long hot summer yesterday.

MetService is advising South Otago and Southland residents to batten down the hatches as gale force winds up to 100kmh are expected to hit the region over night.

Make  the most of the hot weather across the region - it may be about to deteriorate.

Get your shorts, singlets and sun-block ready, folks - today could be a cracker.

The North Island is to be hammered by severe gales over the next 24 hours, and Otago and Southland are in the firing line too.

Forecasters are warning of snow and hail as temperatures dip in some areas today, and a damp start to the second week of the holidays is on the way.

The North Island is bearing the brunt of stormy weather as heavy rain falls across the island.

Sub-zero temperatures are sweeping down the South Island, with some areas plummeting to a chilly -3degC this afternoon.

Surface flooding is still affecting parts of the North Island late this afternoon and motorists are being urged to drive to the conditions.

Heavy rain and "damaging" gale-force winds are expected across New Zealand this week.

A rare low so large it's likely to cover both Australia and New Zealand is expected this week, and heavy rain is forecast to fall on both countries on Thursday.

Stormy weather is expected to continue in the upper North Island this week.

Flights have been grounded at Dunedin Airport and Portobello Rd is flooded due to strong winds this afternoon.

After a few sodden days there's just one day of fine weather to dry out before heavy rain starts falling again.
Warm but wet is the weather outlook for this week.
A mixed bag of weather is in store for the country this weekend.

Much of the country will wake up to sunny skies today -- and it's good news for those hoping for a bright long weekend, as the sunshine is forecast to last through to early next week.

Despite a harshly quick descent into winter weather that many around the country would have uncomfortably noticed, temperatures across the cold season aren't predicted to be too bitter.

The Otago Regional Council says it will be monitoring river levels over the weekend, with heavy rain forecast for Dunedin and other parts of the region.