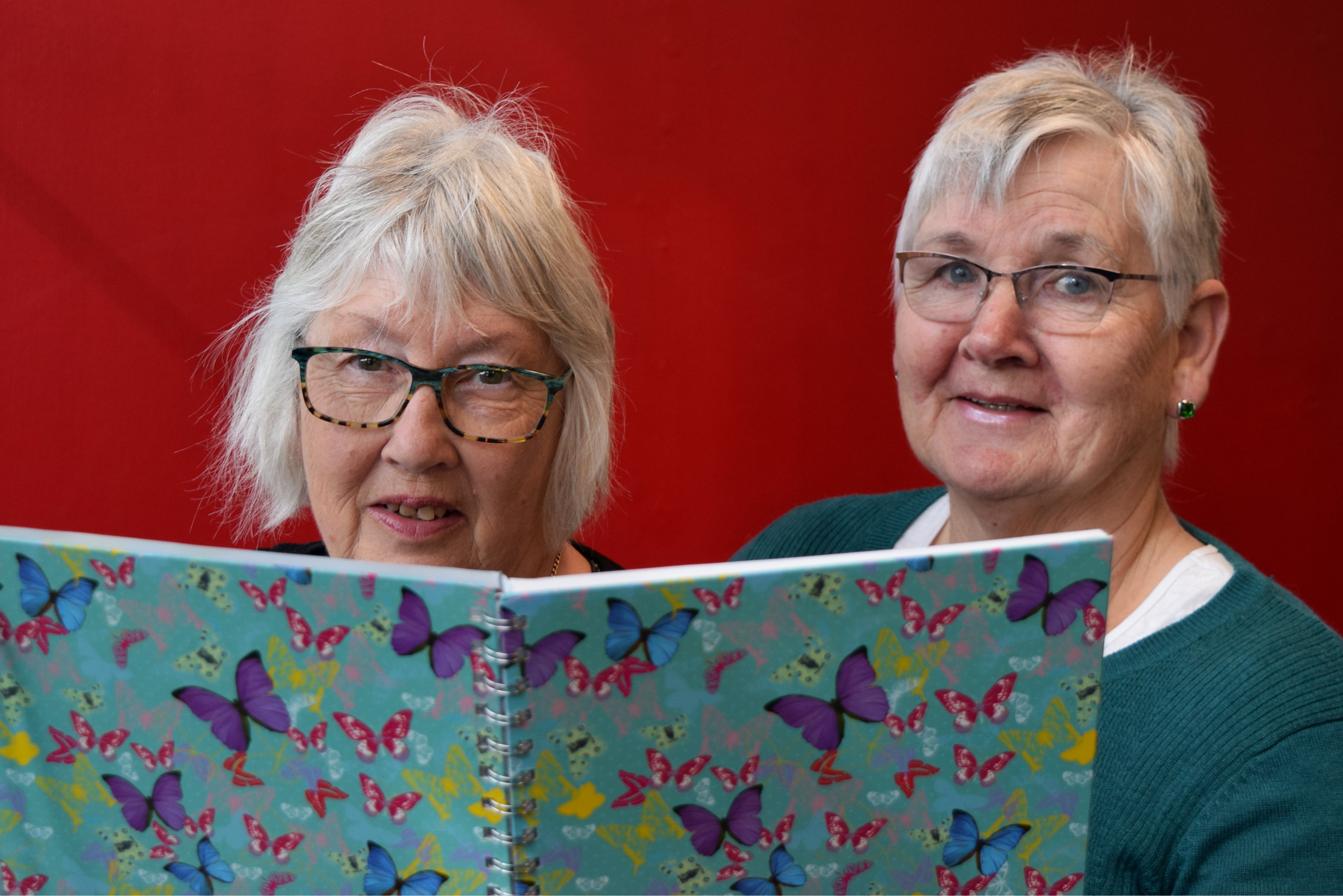 Mosgiel Market co-ordinators Janelle Roguski (left) and Maryanne Ashford have a list of vendors wanting to join the market. PHOTO: SHAWN MCAVINUE
A Mosgiel market is going from strength to strength.

After settling in Mosgiel, Janelle Roguski started looking for a market where she could sell her crafts.

A fruitless search spurred her and friend Maryanne Ashford to launch their own market in Mosgiel.

The inaugural Mosgiel market was held in the Senior Citizens Hall in Hartstonge Ave in February.

The vendors at the market were a "really nice group of people", Mrs Ashford said.

Mrs Ashford said the hall was an "ideal" site because it allowed the market to be held rain, hail or shine.

The plan to hold a monthly market was hampered by Covid-19 forcing the cancellation of the March market.

Markets could be held in June and July but had to be "canned" last month due to Covid restrictions,

The size of the market had grown since its inception, Mrs Ashford said.

The first market had 17 stalls and about 100 visitors.

The second market had 26 stalls and about twice as many visitors.

Mrs Roguski said the feedback about the markets had been "tremendous".

A market planned for between 10am and 2pm on Saturday had reached its capacity of 36 stalls.

The Senior Citizens Hall was the biggest hall available in central Mosgiel so new vendors would need to wait, she said.

"We wouldn’t want too many more inquiries and I know we are going to get more."

Mrs Ashford said the hope was to have each vendor selling something different, .

"We are trying not to have duplications - at the first market we had three people selling honey - which was a bit awkward."

Mrs Roguski said vendors were charged a fee to cover the costs such as hall hire and advertising.

"We don’t want to make money - we want to provide a service for people to be able to sell their craft."

Totally Awesome Dunedin has been missing a market I wish I was in Dunedin to support it, Make it grow make it get bigger and better each month, get people talking about the Mosgiel Markets, make family memories of going to the markets - Well done