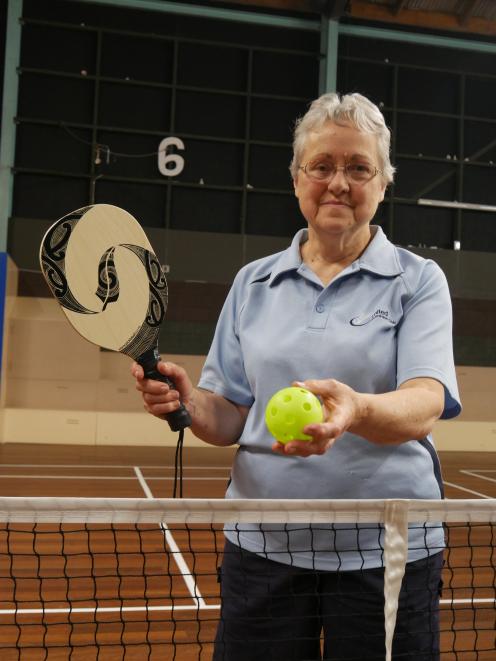 The sport combines tennis, badminton and table tennis — it is played on a doubles-sized badminton court, has similar rules to tennis and is played with wooden bats like table tennis.

Otago Badminton Association secretary Shirley Woodrow played and enjoyed the sport while on a cruise ship years ago.

So, when an association committee member said they had received several inquiries as to whether the sport was played in Dunedin, she was keen to test the waters.

"We know that there’s interest out there."

On Monday, the association’s hall, in Victoria Rd, will have three courts set up for people who want to give it a go.

"There are not a lot of rules."

The sport was mainly played with underarm shots, so it was suitable for people with shoulder injuries, she said.

It was also a good way to introduce young children to tennis and badminton.

The sport has become more popular in New Zealand over the past few years — there are about 40 playing locations around the country including seven in the South Island.

At present, Gore and Ashburton are the closest.

The South Island’s first pickleball tournament was held in Ashburton in July.

The open night will be held on Monday at the association hall, 101 Victoria Rd. Free entry and the equipment is provided.