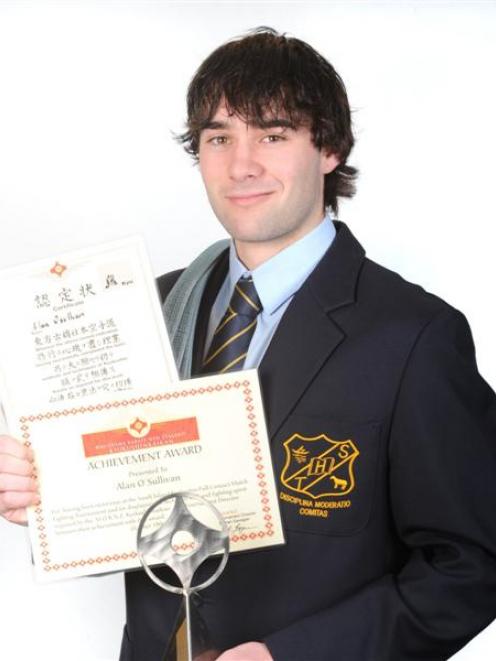 When asked why he liked it so much, his eyes lit up as he said ‘‘full contact''.

Last year he was a Kyokushin karate match fight winner and was a tournament fighter this year.

In his spare time he enjoys exercise and ‘‘sport in general'' so there is little wonder he describes attending an Outward Bound course last December as ‘‘the best experience of my life''.

His group broke a record by completing a six-day tramp in the bush, which was longer than any other group had gone for, he said.

Physical activities are not limited to the sports field or mat for him either as he has been a kapa haka leader, school house haka leader and member of a Stomp and A Cappella group in the past couple of years.

Allan was able to show his leadership skills through his role as head prefect and peer support leader.

He classed one of his greatest challenges as ‘‘getting NCEA results'', which had been a lot of work.

However, he completed level 2 with merit last year and is on his way to high achievement this year.

Role model: His parents for raising him and his karate teachers Chris Smith and Kelvin McSkimming. ‘‘If I do anything wrong they will sort me out. They are really helpful.''

Hopes for the future: To become a naval officer. He is attracted to the opportunities provided and ‘‘the lifestyle''.