ABs get pass mark from Henry 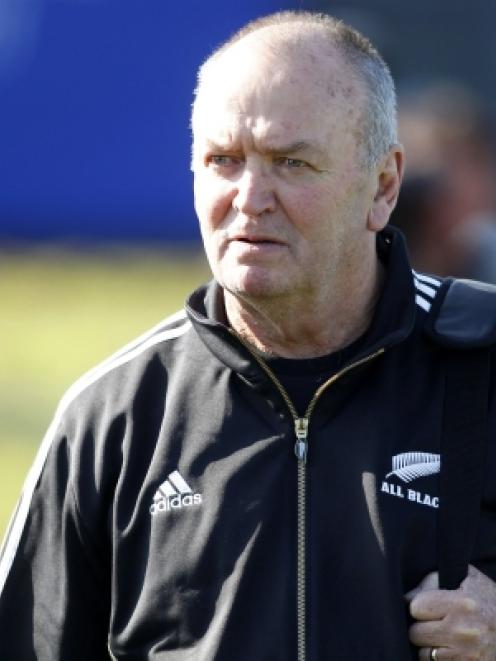 Graham Henry
All Blacks coach Graham Henry gave his team nothing more than a pass mark following their 83-7 rout of Japan in their rugby World Cup Pool A match.

Henry said the All Blacks were better than their effort in the opening match against Tonga last week, which they won 41-10, and had a much better structure to launch their attack.

"I think we improved considerably, which was pleasing," Henry told reporters. "We didn't try to push the game too much. We just want to get better each game."

It was a dominant performance from the All Blacks, who had racked up a four-try bonus point inside 29 minutes.

Flyhalf Slade, looking to secure the back-up role to Dan Carter, will have been disappointed with his game despite kicking nine conversions.

He missed some handy kicks at goal, spilled the ball on several occasions and threw an intercept pass to Japan wing Hirotoki Onozawa, who scored the Brave Blossoms' only try in the 56th minute.

Slade finished the game at fullback, when Piri Weepu replaced him at flyhalf in the 59th minute, but Henry was quick to defend his performance.

"I think we've seen the back-up five-eighth - he was picked a month ago and went better as the game went on tonight," the coach said.

The All Blacks had been forced to reshuffle their team for Friday's game following injuries to captain Richie McCaw and Mils Muliaina on Wednesday, with both joining Carter, out with a sore back, on the sidelines.