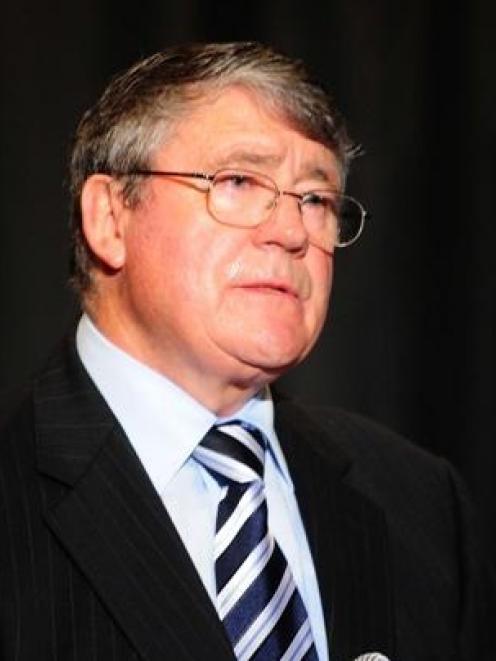 Jim Anderton
Progressive Party leader Jim Anderton disagrees a vote for his party will be a wasted vote and says voters should see it as a strategic vote for Labour.

Mr Anderton was in Dunedin for a debate on Sunday and to unveil his party's economic policy while speaking to the Otago Chamber of Commerce on Monday.

"We have made it very clear we are only coalition partners to Labour . . . We have a better chance of getting a second seat than Labour has of getting another seat," he said.

Mr Anderton said he had signalled his intentions of which party he would side with early so voters would know what they were getting.

He believed the Maori Party was "being a bit disingenuous" by keeping the party they would side with secret until after the election.

During a speech to the chamber of commerce Mr Anderton spoke of the need to protect the vulnerable in society during an economic recession, as part of his party's policy.

The Progressive Party would do that by spending on infrastructure to stimulate the economy through the development of a New Zealand Infrastructure Development Bank.