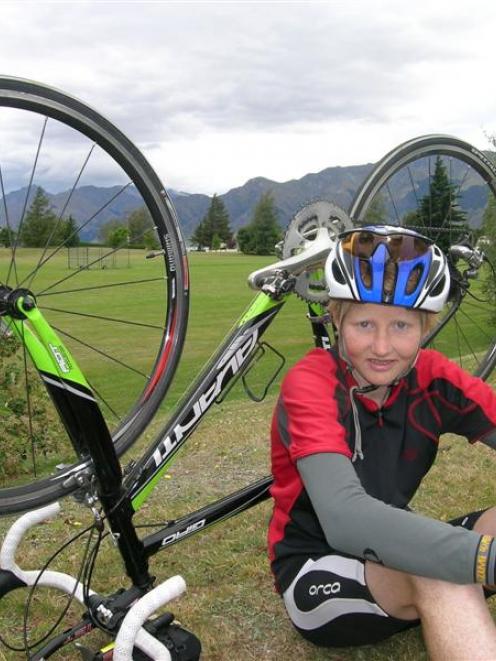 The year 12 pupil and boarder is taking sciences at NCEA level 2 and eventually wants to study medicine. During the holidays, he has been pursuing his other dream of becoming a top triathlete.

His schedule started just before NCEA exams with the Cromwell half-marathon.

He was in the final throes of exams when he raced the Ashburton triathlon in November and he celebrated his 16th birthday by beating all comers at the Phyzique Triathlon in Wanaka in December.

Many remembered the skinny teenager taking up running in 2005 to support his mother, Carolyn, in a triathlon.

"Hamish Carter inspired me to start triathlons. I started reading his book and it was just his stories. Pretty incredible," Dodds (16) said.

He does not belong to a club but competed for his school at the Otago secondary schools cross-country championships last year, finishing third in the under-16 boys 4km race.

Sore knees saw him work on his swimming for a while before beginning triathlons.

He then turned his attention to his first marathon as a Challenge Wanaka team member.

He was the youngest runner on the course and finished in 3hr 5min 56sec, about 25 minutes faster than Bayfield High School competitor Alex Zetko (16), who also ran his first marathon and was last year's under-16 Otago schools cross-country champion.

Several other athletes are now watching his progress, including Canadian Ironman Luke Dragstra (27), based in Wanaka this summer, and New Zealand under-23 triathlete champion Tony Dodds (21), of Lake Hawea.

Dragstra is mentoring Dodds by email, while Tony Dodds has given him a tri-suit and a wetsuit and is also offering advice.

The younger Dodds is not related to his older mentor, but both hail from the same town, and Tony Dodds is a former John McGlashan College pupil.

Dodds is grateful for the help.

"It is good to get some proper direction and achieve something out of every session . . . I would like to target the half-marathons and even the Challenge Wanaka half-ironman. But Luke doesn't want me to do any more marathons for a few years because it won't help me in the future," Dodds said.

His immediate future is full. Dodds will compete in the 150km Central Otago Rail Trail duathlon this month, the 50km Motatapu Icebreaker (mountain bike) next month, and the 125km Contact Epic Round Lake Hawea mountain bike race in April.