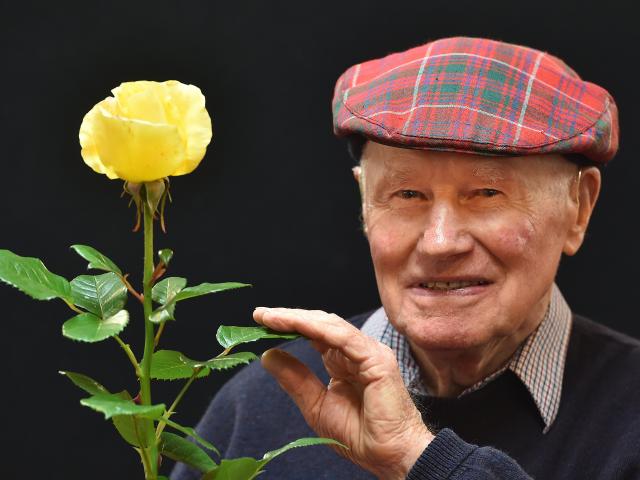 The Otago Rose Society celebrated its 70th anniversary recently, having produced 603 monthly newsletters. Editor Dave Cannan looks back at how it began.

Do you love where you live?

When we rang Jan Moore in Bannockburn yesterday to tell her she had won the "My city, my town"  photo contest — and a chocolate bar! —  it was clear we had really made her day.

"That's awesome - so cool!'' It was the perfect quote from Debbie Pettinger when we rang to tell her she had won The Wash column's "Awesome Autumn'' colours contest.

Weeding out the winners of this year's garden competition wasn't easy, The Wash's Dave Cannan discovered.

Today, we present the final batch of entries in our photographic contest, which, by my count takes the total since we began publishing readers' photos on March 7 to 95.

In the final of our ‘‘Best of The Wash’’ series, Dave Cannan hedges his bets on how love is best expressed.

In the fourth of our ‘‘Best of The Wash’’ series, Dave Cannan sheds light on a potato king.

Dame Dorothy Fraser was farewelled in brilliant Dunedin sunshine yesterday, being remembered at her funeral service as an inspirational and pioneering woman who had devoted much of her life to public service.

This is, in many ways, a classic story of a modern day romance - with just a twist of showbiz to spice it up.

Can you begin to imagine what it's like to play in the final four of the New Zealand Open? Picture it if you can.

For the record, Australian golfer Daniel Bryant and his professional partner Marcus Cain failed to make the cut in the teams event at the New Zealand Open yesterday.

Once the handshakes were over and the cameras stopped clicking yesterday, partners Sue Moller and Steve Wilson drove their new car to the Blackhead cemetery and ''shouted'' their respective sons a beer.

Ask anyone who is afflicted with the rose ''bug'', a compulsive obsessive disorder for which there is no known cure, and they will tell you there is always room for one more rose in their garden.

ODT columnist Dave Cannan gives his thoughts after spending some time on Dunedin's cycleway network.
Well, as polls go that was pretty much a nobrainer. If and when John Key's Government decides to ban the private sales of fireworks, it seems likely a majority of the public will not mind at all.

If the ho-hum reaction from my colleagues yesterday is a reliable guide, then it's possible I'm the only person in the province who's outraged by the news the Seekers are not, repeat not, coming to Dunedin when they tour New Zealand later this year.

It had been a long, long time since I last ''confronted'' a book by Irvine Welsh, the ultimate in-your-face author.