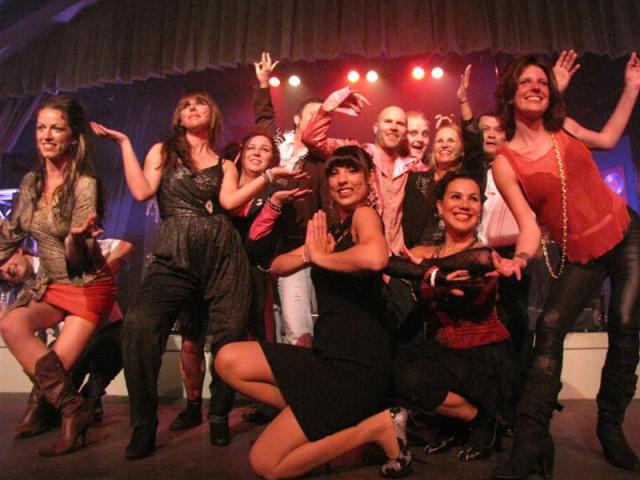 A full house gave a standing ovation and called for an encore at Arrowtown's Athenaeum Hall on Wednesday night to hail the opening performance of Rock and Roll Suicide.

"Excuse me sir, sorry to ask, but we've had a couple of calls about a possible scammer in town," said the policeman. Collecting donations for the Christchurch earthquake appeal has been an interesting experience in Queenstown.

The owner of the 105-year-old Arcadia House in Paradise, near Glenorchy, is making efforts to protect the historic site by contracting a guided framework for any future developments.
A Queenstown property specialist says the town's residential rental property market has improved by 50% year on year, despite a nationwide downhill trend.

A critical letter from the Southern Monitoring Group and invasive growth of neighbouring willow trees has prompted the owners of a 20m jetty on Lake Wakatipu to break it down and start from scratch.

Following the major redevelopment of Coronet Peak's base building - as part of a $30 million summer upgrade in 2008 - a similar upgrade for the Remarkables Ski Area, is "being looked at", NZSki says.

The future of stages two and three of the troubled $1 billion Kawarau Falls Station development at Queenstown is still a mystery, but repainting all five buildings in stage one in less reflective paint is likely to happen from 2016.

Major development of the Remarkables Ski Area - including the installation of 12 new snow guns and two new trails - will have to comply with strict conditions imposed by the Department of Conservation (Doc).

Park-and-ride facilities to cater for high-profile events and Frankton flats residents in Queenstown are "being considered", the council says.
Police and the chairman of the Kingston Community Association say issuing a menacing-dog notice to a Kingston man is a positive step forward in reducing dog attacks in the area.

Organisers for tomorrow's Central Otago Pinot Noir celebration in Queenstown say with strong ticket sales and wine aficionados flying in from around the world, the event is shaping up to be a "raging success".

Wakatipu residents and tourists "need to decide whether they want a bus service or a taxi service", Connectabus managing director Ewen McCammon says in response to fierce public criticism of his company's services in Queenstown.
Police in Queenstown are seeking information about a $3500 fish finder device stolen from Frankton Marina on Monday night.

Skyline Gondola officially opens its services to the mountain-biking public today, with unanimous support from the council, Skyline Enterprises and the Queenstown Mountain Biking Club.

About 4000 cricket fans are expected to gather for the one-day international between New Zealand and Pakistan at the Queenstown Events Centre on Wednesday.

Queenstown's Vertigo Bikes has increased its market presence for the summer season, with the launch of a new rental shop at the top of the gondola, and further plans to provide on-trail skills classes and coaching.

Connectabus services are too slow and too expensive, and the real answer to boosting patronage is to sort out an effective park and ride system, Queenstown Times readers say.
The voluntary efforts of Queenstown people battling against wilding pines will be filmed next month for television broadcast across the country.
The friend of an experienced Queenstown hunter who plummeted 100m to his death scrambled down a steep cliff face then trekked for eight hours through rugged terrain to raise the alarm.